An Old Proverb Reads: "Wherefore, Do Not Spend Money For That Which is of No Worth, Nor Your Labor For That Which Cannot Satisfy." How to Find Financial Stability in Changing Times.

Published in Economía Familiar by Oscar Pech on October 22, 2013

When I completed my Bachelors of Arts degree, many of my readers hadn't been born yet. I remember that in my last class, I wanted to be the last one to walk out of the classroom. I turned the lights off and closed the door. That was something that seemed symbolic to me. I was sure that I would never put my foot in a classroom again. At that time, that was the way it was. You would graduate from college and be ready for life. You would get a job, you would keep the job forever, you would retire and then live your senior years peacefully. Everything was organized, planned, manageable and predictable.

The global economy we live in now has led to many changes in the definition of career paths and financial stability for families. Since 2009, the western world hasn't found a way out of recession. Many years ago, our grandparents used to say, "You should do what I did back in the day." We can't do this. We can't advise our children how to survive in these modern times because we don't know how to do it. Circumstances change constantly and too fast.

Despite the fact that we can't teach our children to face reality the way we used to do it, we can teach them certain economic facts. These principles are applicable to any situation, regardless of how changeable the 21st century is. According to the Canadian banker Nathan Eldon Tanner, these principles are:

1. Before anything else, fulfill your obligations with God

In different religious denominations, families are expected to pay tithing, fast offerings, contributions and alms. These donations receive different names, however, religious leader David A. Bednar has said that when we fulfill our financial obligations with the Lord, "We often receive significant yet subtle blessings, which we never expect and can be easily taken for granted." We may not receive a raise or any extra income. However, in return, we may receive a "greater discernment that will help us identify job opportunities that other people could take for granted, or the blessing of a greater personal resolution to look for job openings with a greater intensity and for a longer time than other people would be capable of. We may want and expect a job offer, but perhaps the blessing that we receive through the windows of heaven would be a greater ability to act and to change our circumstances instead of waiting for someone or something to change them."

2. Spend less than what you earn

3. Learn to distinguish needs from wants

I may be wrong, but I have the strong impression that one of the things that made the United States a great power was that its inhabitants were frugal and industrious. If a family learns to live this way, ignoring the constant bombardments of the media and society, it will more likely be happy and have healthy finances. Seek earnestly to be financially independent. One of the things that caused the current financial crises that began in 2009 was living for self-gratification and consumerism.

4. Organize a budget and live within your means

In our society we have learned to see with evil eyes the word "limits." We feel that limitations deprive us from liberty, that they make us lose our agency. It is quite the opposite. Regardless of what we think, we all have limitations regarding what we can spend. The person who doesn't comply with this, starts acquiring a debt. Then, this individual acquires more debt in order to pay the previous ones. By so doing, this person begins a race that will become a real nightmare. On the other hand, the person who knows how to administer his or her resources, to plan and have self-discipline, will have the rare gift of self-reliance.

5. Be honest in all your financial dealings

A friend tells his children that the first law of unsuccessful people is, "No one will ever know." The second law is, "There will be no consequences." My friend makes it sound like a joke, but it is also an undeniable law. The person that is dishonest in his financial dealings will dedicate a good chunk of his future running in order to avoid being overcome by the consequences of his poor choices.

Of course, there are other principles that will contribute to financial stability, but the aforementioned five principles are essential. If we learn as a family and teach our children to live up to these principles, we will be resistant to many social habits, to the financial circumstances that surround us and we will live happily with the satisfaction of managing our financial situation. 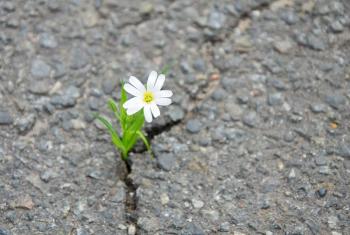 You Can't Control His Addiction