Help Your Children Recognize the Signs of Child Abuse

It Was Their Appearance That Made Me Stare. The Boys' Faces Were Dirty, Their Hair Long and Unkempt. The Girls' Hair Was Just as Bad, Snarled and Twisted Around Their Faces Like Dried Weeds.

A new family moved into our neighborhood when I was in the seventh grade. I remember the first time I saw them. All four of the children stepped onto the bus, their eyes darting around as if one of us might pounce on them.

It was their appearance that made me stare. The boys' faces were dirty, their hair long and unkempt. The girls' hair was just as bad, snarled and twisted around their faces like dried weeds. Their stained, tattered clothing barely fit, revealing many scabs and small bruises upon their skin.

Then there was the smell. The air stirred as they passed by me, an odor of dried urine and animal feces. Older kids around me made audible sounds of disgust.

One day the oldest boy, who I think was fourteen, got on the bus with burn marks around his wrists. I asked him where they came from. He said he was tied up all night as easily as if telling us what he ate for dinner.

Although my gut told me from the very beginning that something was wrong with the children's situation, I never said anything to my mother until after I heard the boy's casual confession. My mother was calm and thanked me for telling her. Within a few weeks I never saw those children again. My mom said the state came to help them.

Looking back, I wish I would have said something sooner, but as a child I didn't know the signs of child abuse.

Make your children aware of these signs of child abuse so if the time comes, they can help a child in need.

Warning signs of neglect in children

Rachel McClellan, is an experienced author. She has written several books. Her most recent book is Confessions of a Cereal Mother.
nextarticle 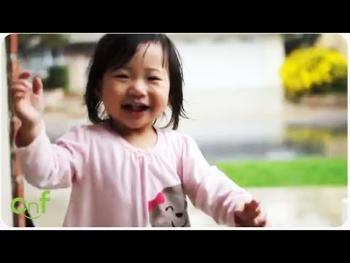 This Little Girl's First Time in the Rain…