Helping your child sleep better without crying it out

Here are eight gentle ways to help your child sleep through the night.

Editor's note: This article was originally published on Katie Clark's blog, Clarks Condensed. It has been republished here with permission.

Despite the advice of some well-meaning people, I never resorted to crying it out with Jack. I believe all parents have the right to make the best decision for their child, and Forrest and I never felt good about letting Jack cry it out, despite his terrible sleep problems. He's had health problems since the day he was born, that often result in pain, so we just didn't think it was the right decision for us. And before any of you think I'm judging you if you used crying it out, I'm not. It just wasn't right for us!

Because of that decision to not use the cry-it-out method, I found myself searching high and low for tips to help Jack sleep better. Even though it took a little longer to get him to sleep through the night, it was worth the effort and sleepless nights. He now goes to bed really easily (well, at least when we are at home) and takes a nap every day between two and four hours. I like to think we're being rewarded for those many sleepless nights.

If you are finding yourself with a child who just won't sleep, but for whatever reason don't want to use crying it out, here are a few things we did that we found effective. Some of these ideas are based off of "The No-Cry Sleep Solution", which is a book I highly recommend. It's very well written and has some great tips. While none of these are fast fixes, I believe they are gentle ways to help your child be more comfortable!

Children are creatures of habit. I think one of the most important things you can do is establish a sleep routine early on. With Jack, we usually put him down to sleep at the same time every night, but it wasn't until we finally started having a very specific routine right before bedtime that he not only stopped fighting us when we put him down to sleep but seems to look forward to our nightly rituals. I'm sure our routine seems a little bit silly to some, but it works. One night when I was away taking some photos for my sister-in-law, Jack was having problems going to sleep, so I sang to him over the phone the song we always sing, and it helped.

I think it's important to make sure your child is comfortable and knows you haven't abandoned her. Whether or not you decide to have your child cry it out is up to you, but whatever you do, let her know you haven't left her to the wolves.

Before your put your child down at night, be sure he has a clean diaper on (who wants to sleep in a wet one? No child I know), and that the clothing he is wearing is appropriate for the climate and temperature. There have been a few times that we put my son to bed with just a onesie on, and he woke up earlier than usual because he was so cold.

Giving your child a comfort item at night is a great idea, too. Whether it's a favorite blanket, a stuffed animal or something else, having something to cuddle at night can help them feel less alone. For my son, he has to have some of his little trains, his "Grammy" blanket and his WubbaNub before he'll let us leave the room.

This is something Forrest swears by. It seems like right before bedtime is when Jack gets the most wound up, especially when we've been spending time with family. For anyone, it can be hard to go straight from non-stop fun, to non-stop quietness. Right before nap time and bedtime, we take about 10-15 minutes where we help our son wind down a little bit. It usually involves reading a book, or just snuggling on the couch, but we've found that he goes to sleep much easier if he's not wired.

And when you think about it, isn't that the same for most of us? I know that when I try to go to bed after a rather intense workout, or even watching a captivating television show, I have a really hard time falling asleep. It can take some time to wind down, but the 10 minutes that it takes is worth it, when it prevents 60 minutes of whining and trying to avoid sleep.

The author of the "No Cry Sleep Solution" suggested creating "sleep associations," which is basically something that the child only associates with sleep. This can be anything from soft music playing, to a blanket, to lavender essential oils in a diffuser - it just has to be something that is only used during sleep time. It may take time to create a sleep association, but after a little bit of consistency, these sleep associations can be incredibly powerful and comforting. For Jack, we have some white noise that we only put on right before bedtime or nap time, and as soon as it goes on, he falls asleep pretty soon after.

This is something that works best with younger children (under a year.) Infants are usually comforted immensely by the scent of their mother, especially at night. And since you probably don't really want to climb in their crib and sleep with them, putting a blanket, or even an article of clothing, near them that smells like you can help calm them down.

When Jack was smaller, I would often put his swaddling blanket around my neck, like a scarf, for about two hours before I wanted to put him to bed. When it was bedtime, I would swaddle him in it, and I feel like it helped him fall sleep faster and longer. It's not recommended to put loose blankets or pillows in a baby's bed when they are young, so keep that in mind.

A lot of children are very soothed by their baths, and it can help them sleep better. Jack isn't one of those children - he's hated bath time since he was about 9 months old. However, from everything I've read, giving your child a nice, warm bath right before bedtime can help soothe their minds and body and prepare them for bed. Lavender is a scent that is oft associated with relaxation, so if your child isn't sensitive to scents, I would recommend getting a lavender shampoo or bubble bath. We always like using Lavender and Chamomile from Baby Magic.

As I mentioned, our primary reason for avoiding crying it out with Jack was because of his health problems. He has had digestive problems, acid reflux and ear infections since he was young, which does affect sleep. This was something we discovered after several doctor's visits. After countless ear infections, he had tubes put in, which almost immediately helped him sleep better. The stomach problems have been harder to help, and he does occasionally still wake up because of them, but not nearly as much as he did before.

Not all children have health problems if they are having problems sleeping. However, some do, and if you find your child just won't sleep, or cries inconsolably for hours, I would definitely consult your doctor. You never know if there's any underlying problem! If you find that your child is having a lot of gas, one thing you can do is use gas drops. We never had a ton of success with this (since Jack's problems were more than just gas), but I know a lot of people swear by them.

As always, be careful with putting blankets, stuffed animals or other objects in your child's crib, especially when they are young. 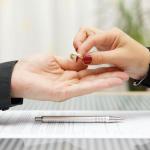 Tips to Ensure a Peaceful Divorce