Making Decisions is Difficult, Especially For Your Teen and Young Adult Kids. Here Are a Few Guidelines That May Help You Help Them.

Life is full of making decisions. Sometimes we may think, "Would someone wise please just tell me what to do?!" So what if someone wise told you what to do - would you do it? If you did and it didn't work out, whose fault is it? In the end, we are responsible for the decisions we make, including whether or not we follow wise counsel. And how do we know it's wise? Decision making is a deeply personal thing. Nobody can do it for us.

Not every decision is earth-shakingly important. In fact, some don't really matter much at all, like where to go out for dinner, or what color to paint a room, or what to wear. Though each has a result, these do not make or break your life.

When it comes to your kids you need to ease up a bit on being too critical of their inability to make wise decisions. It's important to note that according to brain experts from Children's Hospital of Boston, "The part of the teen brain not yet fully developed is the frontal lobe, which is the part of the brain that manages impulse control, judgment, insight, and emotional control. So when teens engage in risky and/or foolish behavior, it's not just that they don't have life experience to know better, but that their brains have difficulty assessing consequences."

It takes a while for their brains to fully develop. A Dartmouth College study reveals, "There is a significant shift in a person's brain after age 18, when the individual is emerging into young adulthood. The human brain reportedly becomes fully developed at age 25."

That's where parents come in - to help your not-fully-developed kids make decisions that will impact their lives. We need to allow them to make as many minor decisions as possible, so they can learn the decision-making process. But when it comes to the major decision, or when you have a sense that something could harm your child, you need to step in. Sometimes, even deny them (if they're under 18) if what they want will be harmful. Lovingly guiding them and holding firm when needed, is the key.

We all have to make decision throughout our lives. Here are some guidelines to help you and your maturing children when making a major decision, such as choice of friends, whom to marry, what job to take, where to live, what to do about a serious health problem and other life-altering decisions. Even the lesser important decisions your kids make will benefit from these guidelines.

Before making an important decision list the pros and cons. Become informed. For instance, when choosing a college major ask yourself these questions: Will this lead to a good job? Will I enjoy doing this for many years to come? Which college will be the best place for this major? Can I financially afford the time it will take to graduate in this field? Will I have to take out student loans? Is there another good college that won't cost an arm and a leg? Have I talked with others in this field to see if they're happy with their choice? Have I had some on-the-job experience in this field to see what it really entails?

The more you explore the better prepared you will be to make a wise choice about schooling and all other big decisions. A young mother and college graduate, said, "I wish I had not spent so much money on my degree. I could have had the same result going to a less expensive college, and wouldn't be stuck with this huge student loan." She had been enticed to attend the more expensive school because they awarded her a small scholarship. She said, "It lured me in, but in the end it only cost me more."

Sometimes people make spontaneous decisions that they later regret. Think ahead, beyond the moment. What will the results of this decision actually be? One such decision we faced a number of years ago had to do with buying a used car or leasing a new one. The new car was classy. We had seen a one-year-old car on the same lot that we quite liked, but it didn't have all the bells and whistle the new one did. The salesman convinced us it would be a good move to lease the new one. "You'll love this car!" he reaffirmed. We succumbed, signed the lease, and drove it home. In the middle of the night we both had a rude awakening - buyer's remorse hit us head on. We put the pen to the paper and did the actual math and realized that this was not a wise move for us. Fortunately, we lived in a state that has a law that gives buyers 72 hours to change their minds. We promptly took the car back and bought the used car, which we have thoroughly enjoyed for many years. It was paid off soon and we had the peace of mind that only living debt-free can bring.

3. Recognize that you can change your course

even if you ended up being stuck in a poor decision. Time and money spent may feel like it's gone down a black hole. Mourn for a minute, then consider it a learning experience, which means it will not be a loss. Rethink your options and start over. This time you'll be a little wiser and better prepared. Nothing's final, at least until we bid farewell to this earthly experience.

By using these guidelines you can successfully help your children make (at least some) decisions they will not regret. 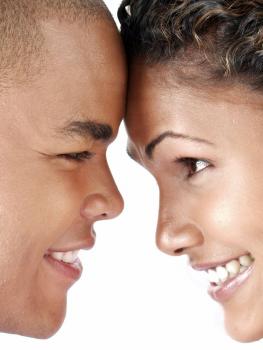 5 Ways to Accept Your Spouse's Differences