Her belly kept growing, and in the delivery room she was shocked when she saw her baby

She Was an Experienced Mother of Three, But This Fourth Birth Astonished Her.

Chrissy Corbitt from Florida was pregnant with her fourth child. She was a woman with a lot of experience in motherhood and thought she knew what to expect with baby number four. However, she and the whole medical team received a huge shock when she gave birth. Her baby was larger than any they'd seen.

According to ABC News, Chrissy gave birth to a healthy but whopping big baby, who they named Carleigh, on May 15. No one expected the girl would be so big. She was delivered via C-section, and the doctors were astounded the newborn weighed 13.5 lbs - a weight most babies don't reach for several months.

When she underwent a cesarean, Chrissy said she could not see what was happening when the doctors exclaimed in surprise. Her husband, Larry, told ABC , "The doctor said, 'Oh my gosh, she's going to be 15-pounds.' I remember the doctor saying, 'I don't think this baby is going to end. Are there two of them?'" 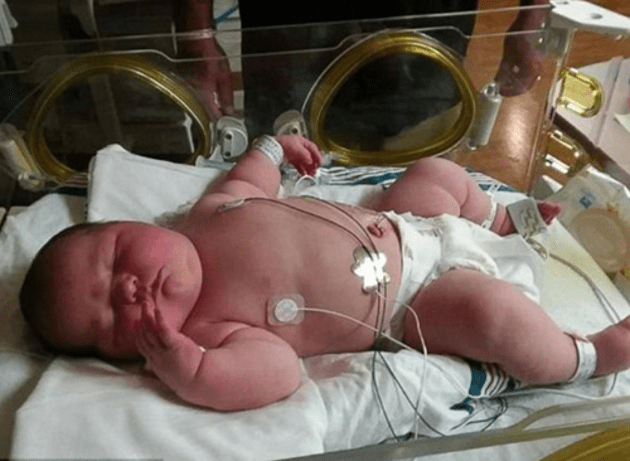 It was as if she was giving birth to a six month old. The parents realized their newborn was too big for all the clothes and diapers they had waiting at home. Although they knew she was going to be a big baby, they never thought she would weigh over 13 pounds.

"We even contacted Pampers and Huggies to help us out because everything we got to prepare is just out the door," Chrissy said. "None of it fits. She's in size 3 diapers. The clothes she had on yesterday was a 9-month outfit. She's huge."

Why was this baby born so big? 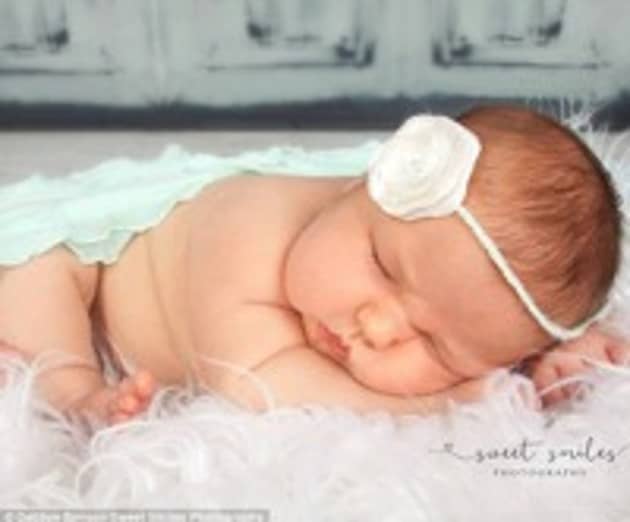 While not-so-little Carleigh is adorable, her abnormal weight raises some health concerns. Causes of large newborns include gestational diabetes or obesity in the mother, but there's no apparent sign that Chrissy has either.

Fetal Macrosomia is a term used to describe a newborn who is significantly larger than average. According to Mayo Clinic, "the risks associated with fetal macrosomia increase greatly when birth weight is more than 9 pounds 15 ounces (4,500 grams)."

Fetal macrosomia can put both the mother and baby at risk of injury during birth (especially a vaginal birth) and also increases the risk of health problems after birth for the newborn.

Although there are times when there's no apparent direct cause of an infant's large size, there are certain factors that can cause fetal macrosomia:

If your parents have a history of having abnormally large babies (or if they themselves were large at birth), you're more likely to give birth to a similar baby.

Your baby grows bigger that longer you carry it. If you're past your due date and still expecting, your unborn baby continues to develop in weight and other ways as it waits to join the world.

If the mother has diabetes during gestation, she is more likely to have a baby with fetal macrosomia. This is caused from the insulin increase in the blood which increases a baby's rate of growth.

If the mother is obese, there's a high risk of fetal macrosomia. Especially during pregnancy, it's important to keep your diabetes in check and under control to help your growing baby's health.

A chubby baby is not necessarily a healthy baby

Contrary to many people's beliefs, a chubby baby is not necessarily a healthy baby, as the newborn baby may suffer from risks such as:

It's critical to control your eating during pregnancy. Eating healthy will not only make you feel much better, but will also decrease the chances of negative consequences for your unborn baby.

_This article has been adapted and translated from the original "Su vientre no paraba de crecer, y en la sala de partos no pudo creer cuando vio a su bebé" which was originally published on familias.com. 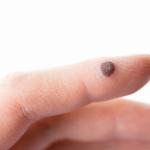 This is the Easiest Way to Remove Warts