Her daughters refused to clean their rooms, so this mom came up with a controversial solution

Some Agreed While Others Told Her She Was an Abusive Mother.

If you have kids, you know the struggle of getting them to keep their rooms clean all too well. It can become a constant, overwhelming battle.

I have two young children myself, and one of the most exhausting things about being a mom is trying to get my kids to clean up their toys, shoes and clothes. Sometimes it happens and sometimes it doesn't. But to teach them the value of tidiness, I know I have to be a good example.

This mom had a different idea.

Alice Velazquez had the genius (yet controversial) idea on how to teach her daughters to clean up after themselves. She was tired of constantly asking them to clean their rooms, so she came up with this solution.

Alice gathered everything in the rooms and put it all into trash bags. Then, she took pictures and posted them to Facebook.

She said in the post, "What do you do when you are DONE telling your teenage daughters to stop letting their room [look] like homeless people live there? You put everything (YES, EVERYTHING) into plastic bags and you sell it back to them for $25 a bag (and they have to earn the money doing chores).

Her post went viral. Many people disagreed with her decision, and according to The Doctors, one person actually threatened to call Child Protective Services on her. But, most people praised her for her clever idea. She said, "I had people contact me from Japan, from India, from France, from Italy," and the responses were a mix of praising the mom and accusing her of child abuse.

What can we learn?

We don't know for sure whether or not this tactic worked to keep the girls' room clean, but they should definitely think twice before letting the mess get too bad next time.

According to Mommypage, the daughters were able to buy back every bag.

This mom taught her daughters a valuable lesson. What she did wasn't child abuse, just a creative tactic used to teach the values of hard work, order and discipline.

Is it impossible to teach our children to clean?

It's not easy, but it's possible to teach your kids to keep a tidy space. Here are a few ways you can start teaching them now:

You can't expect your kids to be tidy if you're not. If they see you cleaning and organizing things every day, they're sure to follow in your footsteps.

Your kids are never too young to start working in the home. From the time they start walking, you can teach them to put their toys away and start implementing good habits.

I always explain to my children that if they don't keep their rooms clean, they won't be able to find their toys. Giving them a reason motivates your children to follow your rules.

Everyone in the family should help make the family rules when it comes to cleaning. Talk to your kids about how dirty laundry should be organized, where toys belong and how to leave the playroom after you're done playing in it.

By having some ground rules about how the house is to be kept, hopefully you won't have to resort to filling trash bags full of your child's belongings.

What do you think? Are you going to use this mom's technique or find your own way to handling a messy room? 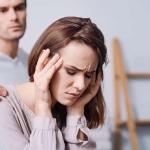 Is Our Fighting 'normal' or is Our Relationship…