Here Are the Nine Best Picture Nominees, What You Need to Know and What You Can Actually Watch With Your Kids.

There's a lot to digest when it comes to awards season and the dense films that are given accolades. Here we'll get you caught up on what you need to know about the nine movies that have been awarded film's highest honor: a nomination for the Academy Award for Best Picture.

Because these films offer a perspective that explores important issues, you may want to discuss them with your kids. But since the majority of these movies aren't suitable for little ones, we've created a list of alternate films you can share with your children and a discussion question to get a conversation started about these important issues.

Black photographer, Chris Washington, agrees to meet his white girlfriend's family at their country estate. He soon learns that the family has devious plans for him.

Why it's important: This film takes a harsh look at racism in our culture by accessing our past and present through Afrofuturism. There are clear connections with America's history of enslaving people of other races, discussions of the superior race, bigotry and more. It's important because the film doesn't let the reality of these issues get hidden in the fiction.

Watch with your kids: "Guess Who's Coming to Dinner"

The graphic and scary nature of "Get Out" is not suitable for kids. Instead, we recommend the 1967 film, "Guess Who's Coming to Dinner" about a white woman bringing her black fiancé to dinner and her parents' reaction.

Discussion Question: What are some ways you've seen people treated differently because they look different?

A coming of age story about a young woman going to Catholic school in Sacramento, California.

Why it's important: This is only the fifth time a woman has been nominated as best director and the first time a woman has ever been nominated for an Oscar for a debut film. Although critics consider "Lady Bird" to be of merit, they snubbed Gerwig from other awards. An issue Natalie Portman made sure to point out as she presented the "all male nominees" at the Golden Globes.

In general, this film is important because it represents a minority of movies that are about women and honestly depict the female experience.

What to watch with your kids: "Anne of Green Gables"

"Anne of Green Gables" is also a coming of age story about a unique and quirky young woman.

Discussion Question: What are some ways that Anne changes hard circumstances into positive ones?

Renowned dressmaker Reynolds Woodcock's life is disrupted by Alma, the strong-willed woman he falls in love with.

Why it's important: In an era that is re-examining the power structures that affect the health of male/female relationships, "Phantom Thread" has a place at the table by examining toxic masculinity in the 1950s.

What to watch with your kids: "Funny Face"

Similar to "Phantom Thread," "Funny Face" explores a muse/creator relationship and looks at how the fashion industry views women. Plus, it's Audrey Hepburn and Fred Astaire.

Mildred is incensed that there's no progress in the rape and murder case of her daughter so she rents three billboards to get the attention of both the chief of police and the members of her town.

Why it's important: There's a lot of controversy over whether this movie deserves its accolades. It's earned both scathing and shining reviews from people at the top. At the center of the criticism is Sam Rockwell's character, a racist cop that doesn't seem to get the justice he deserves.

What to watch with your kids: "To Kill a Mockingbird"

A lot less heavy and graphic than "Three Billboards," "To Kill a Mockingbird" is a classic that also explores issues of the justness of the justice system when mixed with the fallibility of human beings.

Discussion Question: What things did you think were fair or unfair about this movie?

The first female American newspaper publisher and an editor struggle with the government to publish the Pentagon Papers to publicize classified information about the U.S. involvement in the Vietnam War.

Why it's important: This film has two timely themes at its core. The first is the responsibility of the press to government and to the people. The second is a woman's worth in the workplace.

What to watch with your kids: "Newsies"

"The Post" is appropriate for older kids; there isn't sex or intense violence in this film, but it contains language you probably don't want your littles exposed to. For the young ones, we recommend watching "Newsies." Although the power struggle isn't between the government and the press or the male/female power dynamic, the focus of "Newsies" is a power struggle in the world of newspapers.

Discussion Question: What is unfair about who has the power in this movie?

As the Nazis roll through Europe, threatening British invasion, Winston Churchill takes the office of Prime Minister and must decide to negotiate a peace treaty or stand up for their ideals.

Why it's important: Looking back, history can feel inevitable. Of course we know the U.S. later chose to support Great Britain. Of course we know that the Nazis were defeated. Of course we know Churchill's decisions led to an Allied win. But in that - Churchhill's darkest hour - opposed by a skeptical king, other politicians and even his own party, the outcome was not clear and correct choices were crucial.

What to watch with your kids: "Life is Beautiful"

While the themes of the "The Darkest Hour" are intense, the content isn't objectionable for young viewers. However, the slow pace may not captivate their attention. If you would like an alternative, we recommend "Life is Beautiful," which is about a father attempting to protect his young son in a Nazi concentration camp.

Discussion Question: Why do you think it's important to look at the past? Is it still relevant?

"The Shape of Water"

A mute woman works as a janitor for a high security government facility and develops a unique relationship with the government's secret: a mysterious creature that lives in a water tank.

Why it's important: This film is about communication and examines which people are given a voice.

What to watch with your kids: E.T.

Like "The Shape of Water," "E.T." is about a human developing a relationship with a foreign creature. The story also focuses on communication and connections.

Discussion Question: What challenges do you have forming relationships with people who are different from you?

The allied forces of Belgium, France and Britain are surrounded by the German forces and evacuated in a fierce battle.

Why it's important: Christopher Nolan's film strips viewers expectations of a "war movie" to offer a different perspective. The movie is stripped of such things as generals in war rooms and the face of the enemy.

What to watch with your kids: "The Chronicles of Narnia: The Lion, the witch and the Wardrobe"

Dunkirk is a great movie to watch with your teenagers, but if you'd like an alternative for the young'ens, we recommend "The Chronicles of Narnia." Also set in the middle of World War II, like "Dunkirk," "Narnia" is about the struggle for victory.

Discussion Question: How can you tell the difference between good and bad?

"Call Me By Your Name"

Seventeen-year-old Elio forms a bond with Oliver, his father's American research assistant, when he visits Italy for the summer.

Why it's important: This film explores what love and relationships mean in spite of the barriers of age and gender.

What to watch with your kids: "Little Manhattan"

"Call Me By Your Name" has some sexually explicit content. For young kids, we recommend "Little Manhattan" about a young boy's first love.

Discussion Question: What do you think makes relationships challenging? 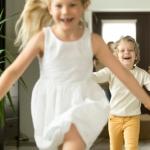