Throughout history, desperate fathers have bungled their way through the process of allowing their daughters to finally start dating. There is a better way.

When I was a teenager in full bloom, my father struggled with the fact that I was old enough to date. Old enough back then was 16, not like the nine-year-olds of today who say they are "going out" with someone. I was the oldest of my brood and was cute and clever the way most teenage girls tend to be. Though he would never come out and say it, this scared him to death.

I already had strikes against me in the dating department. He was a high-ranking military man and, living on military bases as we did, I was surrounded by adorable young soldiers who wanted to ask me out. As brave and mighty as these warriors might have been, the warnings that were carved in my father's face intimidated most of them right out of the arena.

There were a few fearless young recruits who were bold enough to ask me out anyway, but when they came over for the required pre-date family visit, my father always entered the room last, adorned with his holster and pistol. Now he always said he did this to show off his guns, but I knew the truth and so did these guys. This was a wordless warning that they risked losing the use of valuable body parts if they made a wrong move. I rarely had a second date.

My daughters' paternal grandfather had a different tactic. When my eldest daughter had her new boyfriend over for dinner, Grandpa Tank, a hard-working farmer of beef cattle and a man of very few words, silently left the table and returned with his prized castrating tool. He loudly set it down next to his plate. The poor young victim nearly choked on his roast chicken and the evening ended rather early.

My daughter had a friend whose father who always preceded her and trumpeted her virtues and beauty to anyone who would listen. She has struggled with self-image her whole life because, in her mind, if he had to tell everyone about these qualities, they must not be evident.

Dads, there is a better way. Your worry is real and not always unfounded. You worry that they will find the wrong guy and wind up broken-hearted. Here's a news flash. At some point, she probably will, but that broken-heart will be an important teacher to her and will help her figure out exactly what she can and cannot tolerate in a husband. That's what dating is. It is a whole lot of schooling that teaches them what to look for.

Here are some tips to prepare your daughter for dating so that you don't have to bring out weapons of intimidation:

Help her start a list when she is young

When she is still a young girl, take opportunities to talk to her and ask her questions like, "Do you think it's important for a guy to like everything you do?" or "Do you think a man should always open the door for a lady?" Help her begin to establish criteria for a potential spouse. This will change over time, but it starts her thinking about what is important. My youngest daughter had quite a stringent list of qualities that she was looking for in a man and when he came along, she was able to recognize all of those qualities.

Build her up and help her to know her worth

Too many young women have no idea of their worth. Because of this, they often let themselves go to low bidders who wind up abusing them. If she knows her true value, the things that last, she will be less likely to jump on the first train out of town. Tell her often that she is pretty, but also tell her that she is smart, funny, clever, kind. Tell her she is more valuable than diamonds.

Back that talk with action

Do your part by avoiding gawking at sexual advertising, movies, magazines, etc. which counteract the compliments and objectify women.

Tell her often that you trust her judgment

Try to avoid talk that questions her decisions and may establish in her mind that she is not capable of making good choices. Praise her when she makes a smart decision.

If you make the investment in your daughter's abilities to see herself for the divine creature she is and build up her ability to make smart choices, complimenting her for doing so, you will suffer fewer sleepless nights and ulcers and you can keep the guns and trumpets put away. Send her out into the world knowing that she is more than the sum total of her parts, that she is smart and capable, and that she knows what she is looking for and won't settle for less. 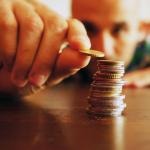 3 Mistakes You Absolutely Need to Avoid When…