How alcohol is changing your parenting and harming your children

You may think you're pretty good at hiding your problem. Sadly, that's never the case.

Parents are always so proud of their children. There's just something about our kids that makes us feel warm and fuzzy inside. Anytime you talk with a parent about his children, he'll tell you how bright and smart his children are. He'll talk about how his kids pick up on so much that they can hardly keep up with all the things they learn from one day to the next.

Because children are learning so much, they see and recognize a lot of things. And one of the things they see is when a parent struggles with alcohol. As a caring parent, you do everything you can to hide your alcohol problem from your kids, but despite how much you try, your children see it anyway. Even if they don't actually see you drinking, they see the effects of alcohol, and they're able to put the pieces together.

Alcohol is a depressant. That's why, when people get drunk, they have slurred speech and slower reflexes, wobbling when they walk. Because alcohol is a depressant, it makes you slow to respond and slow to process information from things going on around you. This means that, as a parent under the influence of alcohol, you miss things about your children. You're not as attentive. Despite how hard you try, you can never be fully present with your children because alcohol holds your brain back from being able to fully register everything that's going on.

Alcohol also affects your parenting because, as an addiction, it causes you to fixate on getting your next fill of alcohol. As a result, you make certain choices in order to make alcohol a part of your day - whether you recognize it or not. Just like a diabetic has to plan for insulin shots (thus affecting what he does or doesn't do that day), an alcoholic plans alcohol into his day. Sure, you might not wake up and think to yourself, "I wonder how I can neglect my kids today and find ways to drink instead?" But despite your best efforts, this happens each time you allow your habit into your home.

A child with an alcoholic parent will also generally have poor boundaries. He's used to taking care of his intoxicated parent - which means he has to step out of his role as a child. He notices when the laundry isn't done, when he misses school events because his parent is too drunk to accompany him. As a result, he'll begin to fill in for his parent in several parental responsibilities, thus enforcing poor boundaries.

Again, no parent wakes up in the morning and wants to neglect his children. But that's the tricky thing with alcohol. Because alcohol is a depressant, you're not thinking as sharply as you normally do, so you miss cues that tell you you're not connecting with your children.

Instead of letting a habit get between you and a meaningful relationship with your kids, take the steps to stop (or cut back) on your drinking. There are several ways to take back control of your life and get back in touch with your children. AA groups are free, and there are several in your community that meet at libraries, churches and community centers - at times that are convenient for you. Qualified counselors and clergy can also help you get back on track.

If not for you, do it for your kids. 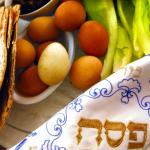 Passover: an Ancient and Modern Celebration