How Do You Decide if It’s Bullying or Teasing?

Are We Raising Children Who Can't Handle a Few Rough Moments?

Editor's note: This article was originally published on Hilary Erickson's blog, Pulling Curls. It has been republished here with permission.

I had gum put in my hair. I had glasses and REALLY frizzy hair, a giant retainer and then braces. Life wasn't pretty back then. I wouldn't say it's especially pretty now " but I hope you get the picture.

Anyway, I learned how to know that I was good and OK. I didn't need my mom to fight my battles. I didn't need to care what everyone thought. Here's a newsflash, people still tease me now. Most of the time I know if I dish it, I need to take it - but sometimes my dander gets up. Which, of course, is a shame since I am allergic to dander.

I see posts on Facebook about people's kids being bullied by being called names or not being played with at recess.

And I just don't think that's bullying. When I think bullying, I think the kid in "A Christmas Story" that comes and pounds that kid like crazy until he's bleeding.

Of course, that's an extreme.

I would say that my mother dander hasn't particularly gone up for my kids. Sure, they get called names and feel like no one is playing with them. Sure, I get called names and I sometimes feel like no one is playing with me. Because I live with imperfect humans who are trying to be funny and survive in their own way. I have learned to become a duck, and let the water slide right off.

For me, when my kids have complaints of "bullying" (and they too have found this to be a "key" word and sometimes use it), I come back with these:

Sometimes your day is just rotten, so whatever anyone does you feel like you're being bullied by life and that person just put a face to the bully. It's understandable. I sing them "Let It Go" often in my amazing opera voice.

2. I ask them if that is someone they value

I mean, if someone I could care less about says something mean to me - I don't really care. They need to decide whose opinions they value. You can't value everyone's, because we're all so different. I am learning this as I get more comments on my blog. Someone called me ignorant about healthcare last week. It got my dander up.

3. I ask them if what they said is true

Like, if they smell - have they not taken a shower? Positive peer pressure rocks! That's not bullying, that's GETTING MY KIDS TO SHOWER. Thank you!

I'm not saying that there isn't bullying. But I find bullying to be consistent, VERY mean spirited, often physically harmful or at least emotionally quite harmful. And then it might be time to act. Every situation is different, I am sure your mom-sense (similar to spider sense) will react in a way that you KNOW something is wrong. A lot of the time I only have one side of the story and I will query his teacher to find out the other side of the story. She often knows the truth and already has a handle on the situation.

Anyway, those are my thoughts? What do you think? Do you think bullying has become a "code" word for anything your kid doesn't like? Turns out I bully my kids into cleaning their room every day. That's just how I am. Deal with it kiddos!

Hilary is a very part time nurse, and a very full time mom. She loves her faith, her family and her blog. The order depends on the day. You can find her at her blog, Pulling Curls or subscribe to Pulling Curls Direct.
nextarticle 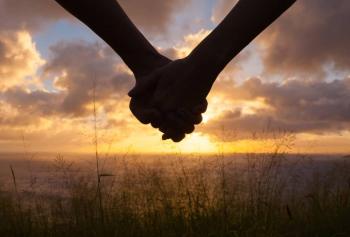 The Difference One Sunset Can Make