How far does the average American live from mom? Probably closer than you think

The New York Times Published a Report Dec. 23 Featuring a Surprising Stat About American Families: on Average, the Typical Adult Only Lives 18 Miles From Mom.

A recent report by The New York Times indicated depictions in media of a slew of families making cross-country holiday trips to see mom and dad might not prove accurate.

These stories fail to take into account that the typical U.S. adult only lives 18 miles from his or her mother, Quoctrung Bui and Claire Cain Miller reported for the Times. Among the findings is a trend of Americans becoming less mobile - and also less likely "to venture far from their hometowns." 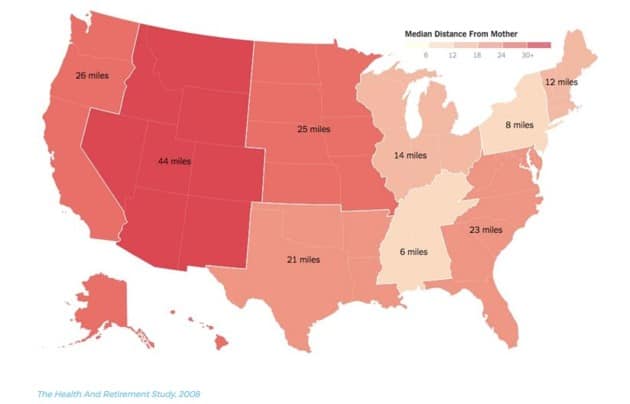 That's surprising considering misconceptions about mobility for American families, Bui told NPR's Robert Siegel in an interview on the report.

"Before I went and did this research, I had this hypothesis that people actually live quite far away because my mother-in-law, she lives in Florida and my mom lives in California," Bui told NPR. "And all of my friends, they talked about getting on an airplane and flying very long distances to see their families. So I just wanted to know, like, how far are people living away from their families. And it turns out they're actually pretty close."

Deborah Gross noted for Distractify factors that influenced how close Americans live to their moms: Income and region they grew up in are telling.

The Times wrote that the findings underscored family dynamics in different parts of the United States.

"Families live closest in the Northeast and the South, and the farthest apart on the West Coast and in the Mountain States," the Times reported. "Part of the reason is probably cultural - Western families have historically been the least rooted - but a large part is geographical: People live farther apart in rural areas."

And the report indicated the trend of family staying close is unlikely to cease anytime soon.

The data shows a "country of close-knit families, with members of multiple generations leaning on one another for financial and practical support," the Times stated. As baby boomers need more care in old age and two-income families seek child care help, American adults are unlikely to venture further from mom and dad. 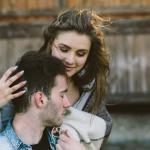 The 3 Most Dangerous Words in Marriage