Nap Time Doesn't Have to Be Your Favorite Time of Day.

I had taken the kids to Starbucks to have breakfast outside on the patio. They asked a lot of questions and I answered them, mostly while skimming through apps on my phone.

After that we headed to the park. They played hard, as they always do, and I kept the baby happy in the grass. We left for home once lunch time came around. I turned the music up in the car to discourage more question-asking.

I served lunch and let them play with toys in the living room while waiting for nap time to come. Actually, if I'm honest, I was kind of begging for nap time in my head. For no particular reason, other than I've formed the habit of eagerly waiting for nap time, and bed time ... basically all the times my children are quiet and away from me.

Five minutes before it was time to lie them down, my son Leland, jumping up and down and accompanied by his little brother, brings me a white piece of paper and excitedly asks me to make them paper airplanes.

"No, honey. I don't know how to make one that will fly, and besides, it's nap time."

His little face dropped a little and a disappointed moan made me feel a little guilty. I brushed it off and got up from the computer, where I was browsing Facebook, killing the time before nap time.

I don't know where it came from or what caused it, but I suddenly stopped and thought about everything, the whole day, their whole lives in one sad flash ... Mom on the phone, Mom on the computer, Mom saying no again and again and again.

I realized in one very quick but powerful moment that I rarely say yes, and I've been wasting these precious years with my children waiting around for the next time they're asleep.

I felt like something was pressing down on my chest. The realization was just so very heavy.

The boys were walking down the hallway to their bedroom with their little heads hanging low when I told them to come back. I typed in "How to Make A Paper Airplane" on YouTube and made two of the most perfect paper flying machines ever constructed.

They were so happy!

We spent the better part of an hour playing with those little paper planes. Kids are so simple, so easy to please. They don't need iPads and Netflix on a constant reel; they don't want more things or more toys to keep them occupied.

Kids want you to give them YOU

Kids grow up, fast, so I hear. They become adults with jobs and to do lists and responsibilities and a past. That past is written by a pen that's in your hand. What are you writing?

Editor's note: This article was originally published on The Purposeful Housewife. It has been republished here with permission.

Allie Casazza is a blogger, author, speaker and intentional living coach. Her passion is helping her fellow women find hope and light when Satan has stolen their motherhood, and infusing them with the truth and purpose God has for them. She believes motherhood and humor should always go hand-in-hand, otherwise you'll never get through it. Allie is the wife of Brian, her seventh grade algebra partner turned sweetheart. They have four small kids, and they're SoCal natives living in the beautiful Northwest corner of Arkansas.
nextarticle 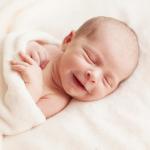 9 Thoughts Every Mom Has in Her First…