How much is too much to spend on your children for Christmas?

A New Viral Photo Begs the Question: is There a Thing Such as Too Much Christmas Spending?

There are a lot of powerful and uplifting viral photos spreading online this holiday season. But the latest one, published earlier this month by a British mother, may be spreading a less-than-wholesome message about the holiday season.

The photo, seen below, shows Emma Tapping's family Christmas tree, where presents are "stacked so high the tree itself can barely be seen behind them," according to FB Newswire.

Tapping received some criticism for buying her children that many presents, which cost about £1,500 in total (or about $2,200), according to the Daily Mail. People online called out the mother for spoiling her children during the holiday season.

"Today's world has forgotten true meaning of Christmas and this proves it," Mary Lucas commented on FB Newswire's post on the picture.

But Tapping said she is perfectly fine with spoiling her children during the holiday season.

"I love Christmas," she said on Facebook. "I love spoiling my kids in the festive season and I work damn hard to make sure it is every bit as amazing as it can be."

Most parents are aware of their spending habits on children. As Fortune's Jonathan Chew reported earlier this year, most parents say they overspend on their children's gifts, with about 62 percent of parents agreeing with the statement, "I spent more for my kids over the holidays than I should have."

And about 1 in 3 parents admitted that they would use their savings accounts - from retirement, general saving or emergency money - to spend on their children, according to Fortune's report on a study from financial planner T. Rowe Price

The T. Rowe Price study did find, however, that about a third of parents save for the holiday season specifically. And moms in particular will seek out the deals and save money during holiday shopping, where as dads are more likely to spend using emergency funds, according to the study.

Parents spend a lot of money on their children for a number of reasons. Like the aforementioned mother Tapping, parents feel spending a lot of money "justifies the time spent working and away from their family, whereas stay-at-home parents meanwhile may feel the need to compete and not want their children to suffer in comparison to others," according to Dr. Amanda Gummer, a child psychologist who spoke to The Huffington Post.

This is an unhealthy way of thinking, though, according to a statement from Stuart Ritter, a senior financial planner at T. Rowe Price.

"Our long-term goals, such as retirement savings and having an emergency fund, should always take priority over anything that is presented with a bow and purchased during a Black Friday sale," he said. "Kids will always have long wish lists, and it's good for them to know that there isn't enough money in the family budget to cover everything."

Gummer told The Huffington Post it's also important for parents to spend within their means so that they avoid the financial stresses that too much spending can bring, since that could have a negative impact on children.

"Parents should be confident in their own decisions and spend only what they want to and what they can afford at Christmas," Gummer said. "Kids will benefit from happy relaxed parents much more than from having the latest craze or armfuls of new things."

This will keep your child from acting greedy, too, according to Parents magazine. In fact, parents may want to start teaching children about the true meaning of Christmas so that they don't obsess over getting the latest toy and action figure during the holidays.

Dr. Tim Kasser told Parents magazine that children today are bombarded by television advertisements for the hottest gifts, as well as social pressures from friends to get the coolest new thing on the block.

"If you're building your Christmas around shopping for gifts, that's what your child will think the holiday is about," Kasser suggested. 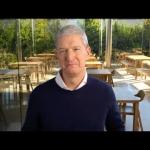 Watch: How to Start a Conversation With a…