How Santa delivers all those presents in one night

A New Study Says That Santa Would Have a Hard Time With His Balance and Gait. But That's Not the Whole Story.

Santa would have a really tough time delivering presents in one night.

But it's not because he has to visit 7 billion people around the world or because flying reindeer are hard to come by. Rather, as a new study suggests, it's because of his lack of fitness.

The study, done by the Department of Sport, Exercise and Health at the University of Basel in Switzerland as a sort of holiday joke, found that Santa could only perform his holiday duties if he was athletic and completely healthy - not rotund with a belly that shakes like a bowl full of jelly, Fusion reported.

"It seems plausible that only a tough, healthy, and sporty Santa Claus could face the difficulties of the overnight global delivery of billions of toys: Steering a sleigh with high velocities (just below light speed), carrying heavy weights, motivating reindeer and managing a tight delivery schedule require a physical conditioning that is nothing short of a Greek God," the researchers wrote.

More so, an overweight and cookie-filled Claus would put Christmas at risk since he'd have trouble keeping balance and would likely be "slipping, tripping and falling" throughout the night, Fusion reported.

Santa's age doesn't help, either. He'd likely be unable to remember all the reindeer's names or keep track of the houses he's visited, Fusion reported.

"The combination of Santa's age, a big suit, and the job's necessary mental and physical demands 'could lead to fatal fall(s) with a high chance of hospitalization of the beloved Santa Claus,'" Fusion wrote on the study.

To find this, researchers had 17 men, most of whom were 30 years old, complete tasks. Half of the men were put in a "Santa group," in which they were asked to wear red robes, put on a fake white beard and wig, and told to carry around a 44-pound bag,to simulate the Santa Claus experience, The Huffington Post reported. The other group was simply asked to wear street clothes and not carry any toys.

The participants were asked to walk on a 10-meter walkway while spelling a reindeer's name backwards, only saying every third letter of the name, HuffPost reported. They were also asked to stand on a force plate so researchers could measure their balance, The Huffington Post reported.

The results showed the Santa group had a harder time finishing the tasks.

"This is particularly concerning for the much older Santa, who might be checking his list of deliveries or figuring out who is naughty and nice," The Huffington Post reported. "Multitasking while walking is known to take a greater toll on seniors and lead to a higher risk of falls. Furthermore, stress and sudden emotions can cause falls in older adults."

So what should Santa do to help curb some of these issues? Yoga, of all things.

"The good news is that yoga, tai chi, and strength training have all been shown to improve balance, gait, and capacity to carry weight - all of which lower the risk of falling," The Huffington Post reported.

This isn't the first time St. Nick's health has been called into question. Dr. Rachel Vreeman of Indiana University's School of Medicine ran a checkup on the jolly old Santa for LiveScience, and found he may have a variety of health issues that put him at risk every Christmas.

His red cheeks, for example, may be a sign of rosacea, a chronic yet harmless condition. And he's obese, a result of an absurd amount of cookies eaten and milk sipped, Vreeman told LiveScience.

"In the midst of his generosity, he needs to take care of himself as well," Vreeman said.

But the good news for Santa is the stressful parts of being Santa Claus aren't causes for concern, Vreeman said. Since he's working with a purpose, he's likely healthier as research shows purpose-driven workers are often healthier, Vreeman told LiveScience.

And despite some of his nasty habits - especially his overweight body and the tobacco pipes he's sometimes seen with - Santa's lifestyle may find itself closer to the nice list than the naughty list for a number of reasons, Dr. Thomas Cavalieri, dean at the Rowan University School of Osteopathic Medicine, told Science Daily.

His charge to keep a herd of reindeer, for example, gives him the benefits of caring for a pet, his ability to stay "lively and quick" is a result of continued exercise, and his constant milk-drinking is a good source of vitamin D and calcium, Science Daily reported.

And, most importantly, his marriage to Mrs. Claus has kept him healthy, too, leading him to "successful aging," Science Daily reported, as research has shown that married people have certain psychological benefits and create social connections that limit their depression and stress, Science Daily reported.

"When you add it all together, Santa's health habits definitely put him on a successful aging path that others can follow," Cavalieri told Science Daily. "He appears to be in pretty good shape and should be able to continue filling Christmas wishes for many years to come." 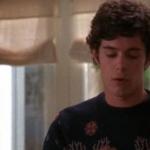 How Jewish Do Jews Feel During Christmas?