Are You Afraid of Your Kids Getting on Social Media? This Mother Was, Too, But How She Took Action Will Change the Way You Look at Protecting Your Children Online.

How much should you be protecting your children in their online activity? Some parents give simple guidelines, but don't want to baby their children by having too many unnecessary filters. Other parents are on the polar opposite end of the spectrum, giving every device in their home multiple filters and parental passcodes and are with their children whenever they're online. Where do you stand? You want the best for your children, you want them to be safe, but how much protection is too much?

One mom went the extra mile in protecting her sons on social media. Kim Hall, a mother of four, wrote a letter to her son's' girl friends when coming across some of their pictures on social media. The pictures were a little too sultry for Kim's taste, and she was clear to make it known to these girls that this was something not tolerated in their home.

She wrote a letter addressed to these girls telling them that their family was going to start unfollowing them on social media, because Kim and her husband cared about keeping their sons safe from overly sexual influences. Her letter, while directed specifically to the friends of her son, could be a cry to any teenage girl (or anyone for that matter) to think about the consequences of posting inappropriate material on social media.

Kim made it clear that she was writing this letter to protect these girls as well as her own sons. She emphasized that they deserved better than feeling they needed to portray themselves as merely sexual objects. Kim said that those posts don't "reflect who you are at all! We think you are lovely and interesting, and usually very smart. But, we had to cringe and wonder what you were trying to do...You don't want our boys to only think of you in this sexual way, do you? Neither do we. We're all more than that."

Posted by Given Breath on Wednesday, September 4, 2013

Was it her place to do this?

To some, Kim's actions in protecting her son's virtue seem noble, but to others they seem out of line. Many a protective parent has taken measures to keep their children safe online, but few as drastically as Kim. It takes a great deal of courage and love for your children to tell another person's child to raise their standards. However, does that make it right? This question takes us back to the argument over whether or not it is another parent's right or duty to discipline another parent's child. Do parents have that right, or should they? In situations such as these, when parents don't give their children as strict as restrictions as others, it may not qualify another parent to give such a suggestion.

Should it be yours?

In Kim's situation, perhaps she wasn't trying to appear presumptuous or pretentious by telling another parent's child what to do, she was just being a parent herself. She saw a danger presented before her son and took action. She, like all parents, wanted to protect her children because she loved them.

Whether or not you agree with Kim's actions, it is remarkable how much she would care for her children. In today's world, it's necessary to take action as parents in protecting your children online, from harmful predators, inappropriate material, dangerous situations, etc.

Find what works for you and your family, whether it be letters to your children's friends or technology such as apps designed to help you protect your children online. WebSafety, for instance, allows you to monitor your child's online behavior as well as their texting habits and language so that you, like Kim, can protect your kids and show them how much you care about them. 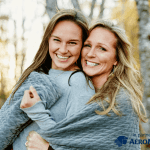