How to Adjust Family Life to a Disability

Coping With a Disability is Difficult and is Often Disheartening to Loved Ones. Rallying Efforts Through Love and Family Involvement Can Bring Stability and Peace to the Family Unit.

Coping with a disability is difficult and is often disheartening to loved ones. Rallying efforts through love and family involvement can bring stability and peace to the family unit. Helping the disabled to achieve independence according to his or her limitations brings satisfaction and strength.

Trent was born with limited vision and slow motor skills. His reasoning skills were also impaired. LeAnna, Trent's mother, was told by her son's pediatrician that Trent was an extremely retarded child and would never be able to walk or attend public schools. She refused to accept the doctor's analysis.

1. LeAnna and Trent played and sang together every day. When he turned 5 she discovered he had perfect pitch. She taught him to sing. As his musical skills developed, he performed in public on numerous occasions.

2. LeAnna treated him as if he had no restrictions. She focused on his capabilities.

3. His stepfather and younger brother were sensitive to Trent's challenges. Their optimistic reactions to his accomplishments had a great impact on his developmental skills. They included him in family activities. His family were his friends, his best friends.

4. His limited sight eventually depleted. He was taught to use a cane and to cross the street and catch the bus.

5. As an adult, after taking classes for a special-needs group, Trent was hired as a sales-account manager. He continues to work in this capacity.

6. He prepares his own meals and with a little help he does his shopping. A speaking-application was installed on his computer. Regardless of his blindness and other impaired skills, he handles his own email and makes his own appointments and pays his bills on his computer.

LeAnna proved the pediatrician's opinion to be incorrect. Trent learned to function in a variety of capacities. He attended public schools and functioned with highly intellectual abilities. Because of LeAnna's devotion in teaching him, and through his own adjustments, he was able to care for himself and live in his own condominium. The support of his stepfather and brother was invaluable. The family's positive responses guided Trent to heights that never seemed attainable.

Janie's life was characteristic of a normal young mother until she began suffering from mental illness. She wrote, "Whilst amid the joys of marriage and delight of four young children, I awoke from contentment and found something was amiss. I awoke to a nightmare of misery."

Janie's family helped her in the following ways:

1. The family arranged professional help for her. They learned about a treatment plan through communication with her doctors. They joined with her in group therapy.

2. Her husband and children found it necessary to take care of most of the family responsibilities. During her rehabilitation they encouraged her to perform simple tasks.

3. They developed an attitude of love, devotion, and patience.

4. The family learned to take time to listen to her, to let her talk about her disability. Talking about her pain was therapeutic for Janie.

5. Janie's family members gained understanding through their experience of living with her. They paid careful attention to her needs.

Holly was born with Down's Syndrome. There was a possibility she might not live. Holly did live and she taught her family about love. Although love was paramount it was not always easy for her siblings.

Her family was able to adjust:

1. They joined together in teaching Holly to crawl, walk, and speak. As she grew and developed her siblings took turns exercising with her to help develop her weak muscles.

2. Her parents and brothers and sisters learned to accept her limitations. Every minor developmental skill became a major undertaking for Holly. Her family took pleasure in being a part of each step of her progression.

3. Her mother received therapy through letter-writing and parent-support sessions with others in similar situations.

4. Her parents arranged for her to attend public schools with special needs programs. She learned to read and write. Sometimes she was teased at school. Her brothers helped her with difficult situations by standing up for her and protecting her from bullies.

5. They included Holly in family activities: movies, swimming, picnics, and church. They played UNO and watched Barney with her.

6. She was taught to ride the bus. She trained and works two hours a day at Subway.

7. Holly will never drive a car. She can't function completely on her own, and needs help with communication skills. Realizing, even as an adult, that she is not as advanced as her siblings, her response is always, "I'll do that when I grow up." Her playful sense of humor delights her family. She loves to repeat to her mother, "When I get married I'm going to have 5 children, I'll teach them to play the piano." Her innocence as a perfect child is obvious to her family.

8. Preparing for their inevitable passing, her parents made arrangements for an older sibling to assume responsibility for Holly.

9. By caring for Holly, her family gained insight and learned patience and acceptance of other's disabilities. They became empathetic for those who suffer.

10. Holly's family adjusted their everyday life to her disability. Her parents taught acceptance and understanding to their family. Love came simultaneously.

Learning and responding to limitations of the mentally and physically-challenged, through a positive approach, help to gain understanding and patience. In spite of the difficulties, a bond can develop between the disabled and the other family members. Hopefully, the greatest skill learned from working with the disabled is love.

Jelean was raised in a small farming community with her nine brothers and sisters. She is an accomplished author. She enjoys creating scrapbooks for her grandchildren when they turn 12. Jelean writes about religion, personal and family experiences. She has been married for 51 years and has five children and 19 grandchildren.
nextarticle 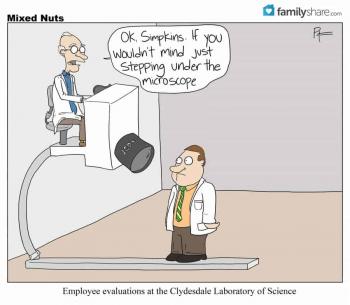