How to Deal With Different Parenting Styles

I've Often Thought That It Might Help if Children Just Came With a How-To Manual.this Magical Manual Would Answer Questions For Parents Like: What Makes My Child Happy? What Makes Her Sad? What Motivates Her?

I've often thought that it might help if children just came with a how-to manual.

This magical manual would answer questions for parents like: What makes my child happy? What makes her sad? What motivates her? How can I get him to pick up his toys or clean his room? Will she respond to gentle reminders about poor choices or will she need time outs?

In other words, this manual would clearly describe what kind of parenting works best for children.

The four styles Baumrind identified are: Authoritarian, Authoritative, Permissive, and Uninvolved. Brief descriptions of the four parenting styles and their relative effects on children follow.

parents are strict, and punishment tends to be swift. Parents establish the rules and the children follow them. Authoritarian parents do not typically explain the reasons behind the rules. "Because I said so," is a common refrain.

Authoritarian parents may be appropriately demanding, but they tend not to be responsive to their children. This kind of behavior on the part of the parent regularly produces children who may be obedient and even proficient, but who are not as socially competent or even as happy as their peers.

parents also establish definite rules and guidelines that their children are expected to follow. But authoritative parents are more likely to explain themselves and are more willing to listen to their children's questions. They also tend to be more nurturing and more forgiving of their children's mistakes.

parents may be more like friends than parents. They don't like calling their children on poor behavior, and so they rarely discipline them. According to Baumrind, permissive parents "are more responsive than they are demanding. They are nontraditional and lenient, do not require mature behavior ... and avoid confrontation."

Children of permissive parents often have trouble with those in authority and have difficulty self-regulating. They are also likely to have more problems in school.

parents are the worst kinds of parents. They tend to be uncommunicative, non-responsive, and place little to no demands on their children's behavior. While uninvolved parents may (or may not) provide life's basic necessities, they don't go much beyond that.

Children of uninvolved parents usually suffer from low self-esteem, display little self-control, and may not be particularly competent.

It's complicated. There are many factors at play in parenting: family background, religion, socioeconomic status, family size, family culture, and education level to name a few of the more important ones.

You can imagine what kind of confusion that causes for their children. Life in the home is so inconsistent, they don't know whether they're coming or going!

If both parents don't find ways to work together and learn to successfully blend their styles, they may quickly become the classic family therapy case. And it won't be about the children's behavior. It will be about the parents.

Intentional, cooperative, and communicative parenting is the answer

Work together. Talk with each other daily. Understand your parenting differences. Negotiate what works best for your children. Then explain your decisions to them.

Do listen to your children when they want to talk

It helps to have an extended family support system, even if they don't always live nearby. A neighborhood where people both know and watch out for each other, and a strong religious community can also make a positive difference.

Remember that the goal of any good parent is to gradually move the baby who is completely dependent on you to an adult who is ready to go out in the world and live successfully on their own.

And about that manual. While there's no shortage of information out there on how to parent, perhaps the most important thing is to be on the same page. 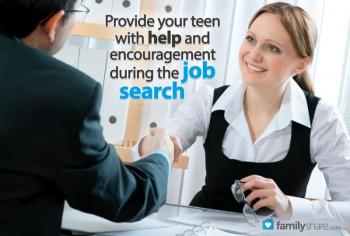 10 Tips For Helping Your Teen Find a…