How to discipline children constructively using the ‘rewind system’

Do you feel like you spend all day correcting your child's behavior? If so, the rewind system may be worth your consideration.

Editor's note: This article was originally published on Anita Fowler's blog, Live Like You Are Rich. It has been republished here with permission.

I have a very strong-willed two year old. As a result, he is often in time out. I've been looking for better ways to discipline him. I was told about a constructive yet fun technique from an acquaintance, Doree. I am so excited about it.

Doree told me that a few years ago her oldest son was always acting out. She felt like she spent the entire day correcting his behavior. Determined to find a more constructive way, she created the "Rewind System."

What is the "Rewind System?"

Whenever her son committed a minor infraction, such as not being soft with the baby, taking his little brother's toys away, etc. she'd tell him, "go rewind yourself." He would stop what he was doing, shake his legs and arms and walk backwards (rewinding himself). Then he would redo the situation in a more appropriate manner.

She said that at first her son needed a lot of help figuring out the proper way to act, but before long, he could "rewind" and redo it all on his own.

This technique, which she now uses with her other children has made their home much more peaceful.

Since she started the "Rewind System" she no longer spends the entire day correcting her children's behavior.

Not only has the "Rewind Yourself System" taught her children how not to behave, it is effectively teaching them how to act appropriately. It has been a very constructive form of discipline for her family.

I'm super excited to have learned this technique and am starting to use it with my son. He is a little young, but as he gets older I think he will learn more from being corrected in this manner rather than always being sent to time out.

Have you tried something to fun and constructive to correct unwanted behavior from your children? 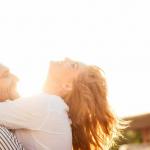 How to Revive a Desperate Marriage