How to effectively ruin your teenager’s life

Your idea of what will ruin your teen's life and her idea are probably worlds apart. Are you making any of these 5 mistakes that really could jeopardize your child's future?

"I hate you! You're ruining my life!" Teenage theatrics - it's a fearsome thing to behold. Teenagers' sense of injustice is endless. Teenagers think we're ruining their lives if we refuse to buy a $500 prom dress or make them ride the bus to school. Take away your kid's cell phone, and it's the end of the world.

Are we really ruining our teenagers' lives? Not by doing the things they get angry over. However, that doesn't mean we aren't dropping the ball. If you really want to ruin your teen's life in the ways that matter, do any of the following.

Be your teen's BFF, at all costs

It's an admirable goal to have a close relationship with your teen. However, your teen needs more than just friendship from her parents. If you find yourself agreeing to things or relaxing the rules to avoid an argument, you run the risk of your child getting into serious trouble.

What your teenager needs from you is leadership. As your kid becomes an adult, he needs solid role models. Even though it doesn't seem like it, he wants to see you acting like a mature adult. It makes him feel secure in his home life, which allows him to grow up on time and in the right ways.

You need to know your child's friends, where he's going, and who he's with. In the name of freedom, some parents step back from their teen's social life, but neglecting her social life is neglecting a huge part of her identity at this stage. Teens receive much of their validation from their friends, so if you want to keep any influence, you have to stay inside the social circle.

Invite your teenager and her friends into your home. Making your house a fun place to hang out keeps your teen well within your sight and maybe even land you in his good graces.

Delay preparation for the future

Sooner or later, your child will grow up and leave you. Failing to prepare him for this inevitability will ruin his chance for a successful adulthood. Your teenager needs real world preparation, such as budgeting, cooking and cleaning while still at home. Don't send your kid into the real world with no practical knowledge.

Now is also not the time to slack off as a school parent. Your teenager's accomplishments in high school follow her well into adulthood, whether she chooses college or work after graduation. Make sure homework gets done and keep tabs on grades. She'll probably push back, thinking she can handle it on her own, but it's your job, not the school's, to set her up for future success.

Cyber bullying and sexting are a very real part of your teenager's world, whether or not you want to acknowledge that fact. You need a technology contract with your teenager that outlines acceptable usage and sets consequences for misuse. Make your teen understand that nothing sent online is truly private, and that online actions have real world consequences.

It's also wise to designate tech-free times in your home. Cell phone usage is all-consuming for some teens, so take away the smartphone at bedtime and keep computers out of teen bedrooms.

Contrary to teen belief, she does not need the newest cell phone, designer clothes, and her own car to survive high school. In fact, giving into every demand primes her for unrealistic expectations in the future. Wanting nice things all the time leads to debt and disappointment in the future. It's advisable to say "no" often, and make your teen work for what he really wants. A strong work ethic will serve him well in the future.

Teen drama aside, your teen needs you to prevent him from really ruining his life in ways that have nothing to do with early curfews and not enough gas money. Our teens face real dangers, many of which we did not deal with. Be smart and be proactive when it comes to safeguarding your kid's future. Believe it or not, he'll thank you for it someday. 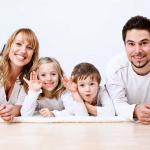 The Secret to Saving Your Marriage and Kids:…