How to Help a Suicidal Teen

Suicide Among Teens and Young Adults is the Third Leading Cause of Death For Their Age Group in the United States. Knowing the Signs and How to Intervene is Important in Order to Prevent Teenage Suicide.

When the words suicide and teen are used in the same sentence, fear usually strikes in the hearts of parents and caretakers, especially if they have a teenager or children approaching the teenage years. It is a scary subject, but one that needs attention as suicidal thoughts and planning among teens is high. According to the Centers for Disease Control and Prevention, suicide is the third leading cause of death for teens and young adults between 15 and 24 years old. A 2011 survey of the CDC found that 15.8 percent of teenagers in grades 9-12 admitted they had considered suicide in the past 12 months, 12.8 percent stated they had made a plan for suicide, 7.8 percent stated they had attempted suicide at least once, and 2.4 percent stated their suicide attempt had resulted in injury for which they had to seek medical attention.

The first step in helping a teenager that may be suicidal is to be aware. Parents, caretakers and loved ones can all play a part in being aware of signs and intervening before it is too late. According to the National Alliance on Mental Health, signs to be aware of include:

If a loved one becomes aware of any of the above signs, it is then necessary to try to get as much information as possible from the teen. You should ask about how she has been feeling, tell her you have noticed some things that have concerned you and ask if she has been considering suicide. Often, teens who are suffering to this degree do not know what to do with all the emotional pain they are experiencing. Their brains go to suicide as a way to stop the pain, not necessarily because they actually want to die. Letting her know that you care and are noticing she is suffering can go a long way for a suicidal teen, who likely feels as though she is alone in her pain.

When you approach a teen about whom you are worried (or if he approaches you), it is extremely important that you do not become panicked or anxious, particularly if he tells you that he has been contemplating suicide. Overreacting can push the teen away and send the message that you can't handle his pain, which will prevent him from communicating further about what he is experiencing. Instead, try to be as calm as possible and see his communication as a very positive step in the right direction to get him the help he needs.

Help from a professional at such a difficult time is essential. A licensed therapist can help to support you in learning how to provide the best support for the teenager and how to best care for yourself, as the stress of this type of situation can take a toll on your mental health, as well. A professional will also provide assistance and guidance for the teenager, helping her to work through her emotions and make sense of them, which can decrease her suffering.

I often advise parents and loved ones of a suicidal teen to make sure there is safety by creating a plan to have someone with the teen at all times, at least until you get into a professional who can assess the situation and help you to determine an appropriate level of care.

If the threat of suicide is immediate, do not hesitate to seek emergency medical assistance, particularly if you fear that the teen has already done something to try to harm him or herself and may need medical attention for possible injuries. As difficult as it may be, try to stay as calm as possible. Enlist help from friends and family to be a support to you. Having people who can be more objective in such an emotionally intense situation cannot only provide support for you, but for the teen also.

It is my experience that teenagers who are suicidal want help, even if they are acting out defiantly and aggressively. They do not like being in emotional pain and want to feel better, like all human beings. The journey through recovery will include the entire family system (siblings included) getting the appropriate care and support they will need to understand each other and learn how to best support each other through difficult times. Help is available, and it works.

Resources, which may be particularly helpful to families dealing with a suicidal teen, include:

Centers for Disease Control and Prevention: Injury Prevention and Control 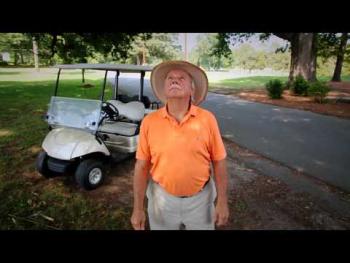 Live in the Moment [video]