How to Help When Your Child’s Friend Talks About Suicide

This Article Discusses Healthy Steps to Take When Your Child Has a Friend Who Has Been Talking About Suicide.

There is nothing harder to imagine than a child ending his own life, but it is a harsh reality. According to Suicide.org, suicide is the third leading cause of death in people aged 15-24, and the sixth leading cause of death in people aged 5-14. It is possible, even likely, that your child will know someone who exhibits warning signs at some point. Be prepared to help him through it. Your calm, solution-oriented guidance could possibly save a life. It is an opportunity to teach your child how he can help, but also a perfect chance to discuss a very difficult subject with him in a first-hand manner.

First, count it as a blessing that your child has been open with you about his concern for his friend. Listen carefully so you can understand his perspective. Most children are unlikely to mention a concern about suicide to their parents unless they are truly worried about it. Calm your child's fears by letting him know that there are some things that you can do together that may help.

While some people talk about suicide as a "cry for attention," suicidal thinking is a very real risk and deserves attention. Children who are even thinking about suicide usually need help, and their words should never be considered trite.

Don't be apprehensive about talking to the child's parents about it. If your own child resists this, explain to them the very serious nature of depression and suicide. It is better to have a friend who is initially angry with you for breaking a trust than it is to have lost a friend to suicide. If circumstances warrant, also notify the school counselor. Some children may be having trouble at home and need additional resources besides their parents. Again, do not worry about overstepping your bounds at this point. No parent wants to be standing at their child's friend's funeral wishing they had done more.

Suicide can be prevented. If your child's friend is willing to open up to him about his self-destructive thoughts, it may be a cry for a lifeline. But dealing with mental illness in someone you love is a heavy load, even for adults. It is critical for parents to stay involved with their children through the process, and offer their support as a family.

However, it is equally important to your child's well-being that he understand where his responsibility begins and ends. If the unspeakable happens, you do not want your child to feel as though he did not do enough to help or that it is his fault. Talk openly with your child to make him know that his honesty (with his friend and with you), support (letting his friend know he is there to listen), and love are the tools he has to help.

Margaret Crowe is a poet and mother of two from Charlotte, North Carolina.
nextarticle 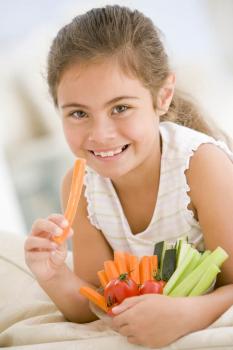 Get to Know Your Child's Type 1 Diabetes