How to Help Your Daughter Have Body Confidence

If Your Daughter is Anything Like Mine, She Frets Over Her Growing Body. Reassure Her That Her Body is Beautiful, and Help Her Gain Confidence in Her Looks.

Jennifer Lawrence is a champ. Star of "The Hunger Games" and "Catching Fire" movies, Lawrence has discussed her refusal to go hungry for her portrayal of character Katniss Everdeen.

"I think it's better to look strong and healthy. Kate Moss running at you with a bow and arrow wouldn't really be that scary," Lawrence said on "Newsnight," according to this article by Sarah Petersen.

Lawrence is a refreshing role model to girls affected by Hollywood and the media's push for the stick-thin body. That beauty isn't achieved through starvation can be a tough sell to girls in today's culture.

In contrast, Abercrombie and Fitch CEO Mike Jeffries has publicly acknowledged that he doesn't want overweight girls wearing his brand. "We want to market to cool, good-looking people. We don't market to anyone other than that," Jeffries told Salon.com in this 2006 article.

Pop culture's pitch for thinness can be not only demoralizing, but dangerous to girls in particular. How can parents teach their daughters to ignore the status quo and embrace their bodies?

Being healthy and fit is key

Parents need to walk a fine line when their daughters show an inclination for largeness. You don't want to cause hurt feelings or rebellion by placing obvious or too-strict restrictions on their diets, but neither can you allow them to eat their way to an unhealthy weight.

Encourage your daughter to be physically active. Tell her that strong, fit girls are the most attractive. Invite her to walk, jog or bike with you. Help her find a team sport or dance lesson that she enjoys. Offer healthy snacks and meals, and limit soda and juice, which are high in calories. Talk about the downside of fast food and fried foods. Also, teach her that drowning her meals in butter, salad dressing or gravy ups the calorie content.

Remind your young daughter that her body is still growing

When my daughter weighed in at 100 pounds at a recent doctor's visit, she was visibly shaken. To her, 100 might as well have been 200 pounds - those three digits really freaked her out.

For my daughter, 100 pounds was a totally appropriate weight for her height. I had to emphasize that, at her age, the numbers are supposed to be rising. As an adolescent, her body is shooting up so quickly so, of course, her weight reflects that.

If anything, baring too much skin shows insecurity and a desire for attention.

When a girl dresses modestly, she shows that she has self-respect. She knows that she is about more than her body. Teach your daughter that her worth isn't based on her body, but her thoughts, heart and actions. There are so many fun, current styles that help girls have the flexibility with their wardrobes to dress beyond microscopic shorts and tank tops.

Reassure your daughter that she is beautiful. Teach her how much better it is to be fit than skinny, that her body is still evolving and that she can look great covered up. Here are 10 ways one can boost self-esteem. 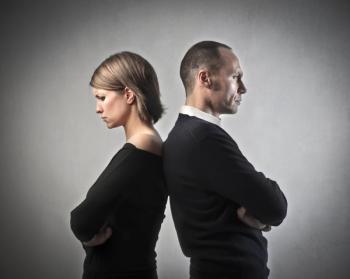 What to Do When Your Hubby Makes You…