How to Help Your Son Earn His Eagle Scout

Only 5 Percent of Scouts in the Scouting Program Earn the Rank of Eagle Scout. Here Are Some Recommendations To help Your Son Obtain the Coveted Award.

The rank of Eagle Scout is a significant accomplishment. More than 2 million Boy Scouts, almost 5 percent, have achieved this coveted award.

The Eagle Scout rank can open employment doors, allows a man to enlist as an E-2, instead of E-1 in the armed forces and portrays him as a leader. Every parent should do all they can to encourage and help their Scout achieve this rank before he reaches his 18th birthday.

Start him early and be involved

The mission of the Boy Scouts of America, BSA, "is to prepare young people to make ethical and moral choices over their lifetimes by instilling in them the values of the Scout Oath and Scout Law." Boy Scouts begin working toward the Eagle Scout rank when they join the scouting program.

Find a local troop and put your son in as soon as possible. The sooner you start, the more familiar you both will be with the scouting program. If he starts later in the program, don't worry about what he has missed. Stand behind him and keep the fire lit as he works toward his Eagle Scout Award.

Don't do it for them

When I started high school, my mother told me I had to take a typing class because she wasn't going to type my papers for me. From this lesson I have made every effort to be there for my children to help and encourage them to do for themselves. I continued this approach when my son was ready to choose his Eagle project.

He considered four different projects and outlined two. As part of making his final decision, he approached local organizations and discussed his ideas and goals. One of the organizations liked his project and proceeded to set up their part of the project without his knowledge. Fortunately, he decided to use them for his "Save a Life Wellness Fair." Unfortunately, they'd chosen a date they couldn't change and he was forced to step up completion of the Eagle Scout Project Workbook Procedures and get the project approved by the council.

For needed funds, the Scout is expected to plan and carry out a fundraiser. He cannot solicit the funds, but can take donations. This information must be part of the Eagle Scout Project Proposal. Don't do it for him. Give guidance and ideas, but let him make the decisions.

Our son's original proposal was deemed incomplete by the council and rejected. He fussed and fumed while I reminded him the project date was looming. When he calmed down, we discussed what he needed to satisfy the council.

The Eagle Scout project requires your son to be the leader and planner. I was only there for advice. He decided the local hospital outreach program would teach classes in first-aid, CPR and signs of a heart attack. Local professionals involved with physical and spiritual well-being would bring literature and answer questions at provided booths. This proposal was accepted and three days later his Eagle Scout Project took place.

Final paperwork and the Board of Review

The Eagle Scout Project can be done any time after your son has reached the rank of Life Scout, but cannot be presented to the Board of Review until all scouting requirements are fulfilled.

Keep everything, pictures, paperwork, volunteer lists, fundraising information, donations, participant's information and receipts. He must show where all the funds were used. I recommend completing the Eagle Scout Rank Application as soon as possible after the project. It may be difficult to remember if you wait.

Make sure your records are current with your troop and updated in the council records. Check your Eagle Scout Project folder to make sure all paperwork is included and brush up on scout history, badge symbolism, flag etiquette and general scouting knowledge prior to the Board of Review.

The Scout uniform should be clean, pressed and complete with all patches. Have the scout master do a uniform inspection. Your scout should be clean shaven with a haircut.

Despite my efforts to calm him, he was nervous. His uniform met their demanding eyes and he answered their questions on the Scouting Program, his project and his college and career goals. They told him they were impressed with his turning around his proposal instead of giving up.

They shook his hand and then his father's, "Congratulations your son is an Eagle Scout." 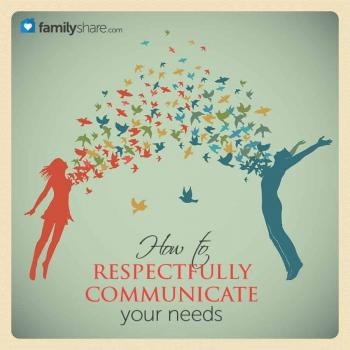 How to Respectfully Communicate Your Needs in Marriage