How to keep children safe around animals

Children can learn many valuable life lessons from interactions with animals. In order for that to occur, however, parents need to teach children how to be safe around animals and how to not be afraid.

I was in the front yard giving my 10-month-old Brittany pup an outdoor break. My neighbor's daughter walked around the corner of the fence and saw the dog. Immediately she shrieked, raised her arms and started running. The alerted pup was next to her in an instant and before I could react, he nipped her arm hard enough to break the skin.

The incident horrified me and traumatized the neighbor girl. With a little more forethought and precaution, it was completely avoidable.

A couple generations ago, when our society was more rural and agrarian, frequent interaction with animals was virtually unavoidable. As a result, most children learned something about animal behavior and how they should act in the presence of animals. Today, this kind of know-how is the exception.

I normally keep my dogs in the back yard where they are not exposed to non-family members. In the instance described above, I was wrong for taking the dog into the front without better control.

For someone afraid of dogs, the young girl's reaction was understandable, but completely wrong. The pup interpreted her running, squealing and flailing as an invitation to a game of chase. He was playing with her as he would with another dog. Unfortunately, when dogs play together nipping and biting are part of the game.

I grew up in the country and have a great love for both domestic and wild animals. My current menagerie consists of horses, dogs, chickens, geese and cats. Even though we now live in a predominantly urban area, deer, raccoons, foxes, skunks, rabbits, squirrels and other animals are frequent visitors.

Most of my children and grandchildren inherited my fondness for furred and feathered creatures. Here are some of the things we teach them to keep them safe.

Most people have contact with dogs at some point. But there are many varieties of dogs and they have different behaviors and personalities. Children should never approach any strange dog. If the dog comes to them, they should stand still. Usually the dog wants to get a sniff and then he'll be on his way.

If a dog acts aggressively by barking and growling, the child should back away slowly. Avoid direct eye contact because some dogs see that as a sign of aggression. Turning and running will likely provoke a chase.

Gina Spadafori, author of "Dogs for Dummies," recommends that children should always ask permission before petting a dog and then begin by offering the back of the hand for a sniff. "They should pat the dog on the neck or chest. The dog may interpret a pat from above as a gesture of dominance. Teach children to avoid fast or jerky movements around dogs, since these may trigger predatory behavior."

Parents need to keep a close watch any time their children are petting or holding a dog. As a young boy my brother had to get stitches in his face after a puppy scratched him. He was holding the puppy down and trying to force a stick into its mouth. Another young neighbor boy was tightly gripping a miniature dachshund that didn't want to be held. In its attempt to escape, the dog snapped at the boy's face and gave him a serious laceration.

My daughter worked as a veterinary technician where she dealt with all kinds and sizes of dogs while drawing blood, inserting catheters and giving injections. She said the little dogs always seemed more prone to bite.

Children should never be near a dog that is eating. Dogs will often respond aggressively to protect their food. Kids should also avoid being near multiple dogs that are playing or fighting. In those circumstances a dog might inadvertently hurt a child.

Cats are not normally aggressive, but some individual animals will bite or scratch. Usually that occurs when someone tries to pick them up or hold them. Before holding or petting a cat, always ask the owner for permission or assistance. Cats should also be left alone when eating.

My horses are extremely calm and gentle, but I would never allow any child to be alone next to a horse. I doubt my horses would ever intentionally kick or bite a person. They are big, strong animals, however, and could inadvertently step on a child's foot or knock a child over just by shifting weight. It is extremely painful to have a 1,200 pound animal with a metal shoe step on your foot.

Children feeding treats to horses or other livestock need to be taught to offer the food on their palm with the hand flat. This reduces the chance of an accidental bite when the animal is trying to grab the treat.

We often give horse rides to children. For young children we have someone lead the horse and we require that a second adult walk next to the horse with a hand on the child. It is easy for a child to slide off a horse and it is a long ways to the ground.

Some chickens act wild and never want to be touched. Others are like gentle pets that don't mind being held. Chickens have sharp claws that can scratch and they can also peck. Roosters can be very aggressive and territorial. They will intentionally fly at the face of intruders and try to scratch them with sharp spurs found on the backs of their feet. Young children should always have adult supervision around chickens.

Virtually all children are fascinated by the prospect of touching and holding baby chicks. This activity should be carefully supervised for the protection of the chicks. One small squeeze can break a leg, wing or even kill a chick. Chicks often carry salmonella germs. After holding or touching baby chicks, children need to immediately wash their hands with disinfectant soap.

Some geese can be aggressive and territorial. They may honk, hiss, and even pinch - especially children. Those in parks or places where people feed them regularly are often competing with each other for food. As a result, they can be more aggressive than normal. Careful supervision is required. Ducks are much safer. They are rarely aggressive but should generally not be touched or handled.

Wild animals should be left alone. Although they might seem docile, even squirrels and chipmunks may bite if someone tries to hold or touch them. Animals like raccoons, skunks, opossums and foxes are common rabies carriers that sometimes show up in urban areas. Look but don't touch is always the rule.

Animals can enrich and improve the quality of life for children and adults. Children can learn many valuable life lessons from interactions with animals. In order for that to occur, however, parents need to teach children how to be safe around animals and how not to be afraid.

Flint Stephens has a master's degree in communication. He is an author and writes a parenting blog.
nextarticle 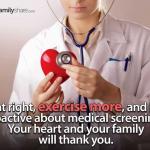