How to Motivate Kids Who Only Want to Earn Passing Grades

Adolescents Don't Always See the Long-Term Value of Working Hard to Perform Well and Earn Good Grades in School. You Might Need to Try a Few Different Approaches to Encourage Your Kids to Boost Their Academic Performance.

A comic strip called Boomerangs features a single mother with two teenage daughters. In one strip, the mother is having a conversation with her daughter about studying for an upcoming exam. The daughter responded that she studied just enough to get a passing grade. Her mom suddenly expresses concern about how the daughter seems unwilling to work harder to do well in school and become independent as an adult. The daughter simply replies that she is OK with doing mediocre work and that she plans to marry into a rich family. It's doubtful that very many financial planners would advocate "marrying rich" as a solid financial strategy.

Unfortunately, when it comes to academics, doing well enough to "get by" seems to be a common approach among adolescents. It's not easy to motivate kids to perform well in school - especially if they are content to merely earn passing grades. There is a lot of trial and error involved with encouraging kids to work hard in school. You will eventually discover a method that works for you, but it could take some time. Here are some methods to consider.

Start with the common motivators

Sometimes kids respond well to monetary rewards or imposed consequences for their academic performance. You can offer rewards such as a monetary bonus or extra privileges for earning good grades. In contrast, you can impose consequences such as limited or no access to all things electronic until the grades come up. The key to this method is to discover your child's weakness. For example, with some teenagers, going without a cell phone is equivalent to going without food and water.

This is probably the easiest method to employ to encourage your kids to elevate their academic performance. However, some kids don't respond to this kind of motivator. This method often requires kids to think long-term. It often fails to accommodate the instant gratification that many adolescents seem to prefer. There is another concern that it could be sending the wrong message. Sure, your child could bring his or her grades up, but only so you will return the cell phone. This motivator bypasses the natural feelings of pride, satisfaction and accomplishment that come with doing well at something.

This method requires patience. Some kids reach a plateau in their ability to keep learning and moving forward. Fortunately, this leveling off is not permanent. However, if your son or daughter experiences a "rut" in school studies, it is unlikely that rewards and consequences will be enough to get your child moving again. This doesn't mean that you should cease all encouragement, assistance or attention to the situation. You need to keep working side-by-side with your child to at least keep him or her moving. You can do this through offering a significant amount of praise and acknowledgement for the work they are doing. Sometimes your child might need to discover and employ his or her own motivation. In other words, the issue might just need to work itself out.

For example, my teenage daughter struggled in school all through junior high and her first year of high school. Naturally, there were a lot of factors involved, such as a new school and tougher classes. Still, she just didn't seem to be making an effort to earn high grades. No amount of restrictions or consequences would change that. Then, during her second year of high school, she started earning high grades in subjects that she nearly failed the previous year. Initially, we thought that she was motivated by being able to go on a trip with a group of students and teachers during spring break. But that wasn't it. I finally asked her what brought about the change. She told me that she was just tired of seeing low grades on her report card.

Address the issue at a deeper level

If your child is earning low grades in school, it might not be due to his or her lack of motivation. Sometimes what might appear as a lack of effort could mean your child is simply struggling with school in general. If this is the case, you might need to consider additional tutoring or setting up a 504 program with your child's school.

Your child might resist the prospect of receiving academic assistance for fear of being stigmatized. This is not a concern because teachers and school administrators are very discreet with their 504 programs. Also, they are more common than most people think. When we set up a 504 for our daughter, the assistant principal opened a drawer in his filing cabinet and showed us that he had nearly an entire drawer full of students that have 504 accommodations.

There is no single way to elevate your child's motivation in school. It's best to try different methods to find a way that works. However, in my experience, I have found that praise and encouragement works much better than imposing consequences and punishments. When I acknowledge and praise the effort that my children do put forth in school (even if it's not much at times), they are more inclined to keep working no matter how difficult it is. 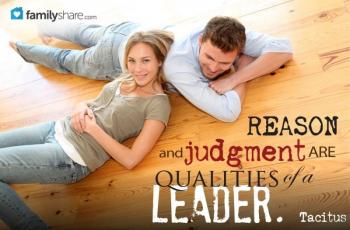 Who is Really the Head of the Household?