How to Plan Turn-Off-The-Tv-Week Activities

Our Society Has Become so Accustomed to the Tv, It is Hard to Imagine Living Without It. Turning It Off For One Week is a Challenge We All Could Face and Succeed With a Bit of Planning.

When our children were small, we disconnected our cable. For an entire year, we went without watching commercial television. We still had the TVs as well as VCRs and DVD players. At first, our children were upset. Cries of boredom, "There is nothing to do," were somewhat frequent. Eventually, they adjusted and learned to enjoy the extra time they now had to explore outside, read books, or play.

That may seem a bit extreme. However, it was a solution to a problem we had been having, at the time. Yet, applied on a smaller scale, say for one week, the benefits a family may reap could be tremendous. A 2012 Nielsen survey found that the average American (2 and older) watches more than 34 hours of television. In addition, watches three-four hours of taped programming. (www.nydailynews.com/entertainment/tv-movies/americans-spend-34-hours-a-week-watching-TV-nielsen-numbers-article-1.1162285). With all the complaints uttered about not having enough time in the day, you could find the time by turning off the television.

Just going cold turkey may be difficult for you and your family to adjust. Instead, select the week you will unplug, and create a plan of activities that can fill, what at first will seem like, a void. Here are some ideas to get you started.

Are there places in your community which you have never visited? Pick a local museum, park or historical site and plan an outing. Learn more about where you live geographically, historically and socially. You might be surprised by what you learn.

Organize a spot in your home with art supplies, and let the creative juices flow. Include paper, crayons, paint, and modeling clay. Add a few recycled items such as shoe boxes, paper towel rolls and such. If you are not the creative type, or need some inspiration search online for specific projects.

Before television or radio, reading was a major form of entertainment. Pick a children's novel and read it aloud to your children. My younger children loved when their older sister would read the Harry Potter series to them. She created different voices for each of the characters and added a lot of drama.

Take your family outside to enjoy the fresh air and sunshine. Plan a bike ride, hike on a local nature trail or just visit your local park. Our youngest son loves to go outside to blow bubbles, draw with sidewalk chalk, and hunt for insects.

To avoid that inevitable, "there is nothing to do," conundrum, fill a jar with slips of paper listing various activities for your children. These can be as simple as playing a board game, or doing a puzzle. Other ideas might include baking cookies, a scavenger hunt, or making puppets from paper bags.

How often do you put off big projects because you do not have the time? With the TV unplugged, you now have time to tackle those projects. Paint a room, work on genealogy, update scrapbooks or organize that hall closet. You also might want to learn a new skill such as knitting or woodworking.

Turning off the television for one week doesn't have to be painful. Prepare ahead of time using these ideas and it will go much smoother. Who knows? You may find you don't need to turn it back on as often as you did before. 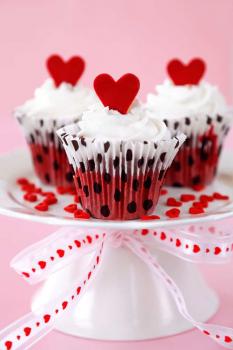