How to Play Murder

Murder is a Fun Parlor Game That is Suitable For Playing With Your Kids 10+.

Whenever the lights would go out, or it was a dark winter night, I loved to play Murder with my kids. It's a fun parlor game and only requires a candle (or artificial candle) and a few playing cards of any type.

Here's what you need:

Here's how it's played:

This game is lots of fun and teaches kids to be observant and use their powers of deduction. It is also a game that requires very little to play, doesn't use electricity (literally) and so can be played when the power is out, distracting them from the "oh, my word, what are we going to do now because we can't play Wii or use the computer" syndrome.

NOTE: This game can also be played in a more active mode. Everyone in the circle still draws a card, but now they disperse around the house, hiding in different rooms in the dark. The murderer goes from room to room seeking out victims and whispering in their ear, "You're dead." The victim then has to lie down quietly until someone finds them. The murderer tries to kill off as many people as they can before a victim is found. Once found, the person who finds them yells out, "Someone has been murdered!" and all gather to the original room and turn on the lights. The finder plays detective, asking questions that can only be answered "yes" or "no" until he comes up with an accusation. He then points to the suspect and asks them if they are the murderer. They must answer honestly. If the detective is right, the round is over. If they answer wrong, the round is still over, but they lose credibility in the subsequent rounds. 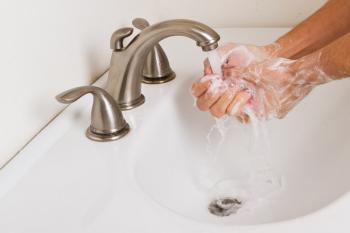