How to play the Animal Game

The Animal Game - not a fancy name or a fancy game, but oodles of fun to play with family and friends. All it takes is a little imagination and a lot of moxie.

The Animal Game is one that we played a lot, particularly when other families would come over or the kids had friends visiting. It is simple and fun and doesn't require anything more than imagination and quick-thinking.

Here are the basics:

This game is best enjoyed by a group of at least 6 people with a great sense of humor. That is the only equipment needed. Well ... and a strong lack of shame. All players will, at one point or another, make the most humiliating body contortions of their lives.

Participants sit around the room where they can fully see each other. This should be done with some sort of seating rather than sitting on the floor. Choose one seat to be the first and the one to the right of it to be the last.

Each participant chooses an animal and then comes up with a gesture for that animal. It needs to be a gesture without sound effects to make sure the fast pace of the game. For a cat, they might pretend to lick their paws and wash their face. For elephant, they could use their arm as a trunk. A bear might put out his paws and show his teeth. The gestures need to be distinct from one another.

Players go around the circle and make their gesture and then everyone else makes their gesture to make sure that everyone knows exactly how to do each animal.

The animal gesture stays with the seat, not the player. When a player loses his turn, he moves to the last seat and everyone else moves up one seat. Players then assume the gesture of the person who last sat in that seat.

When a player fails to make the appropriate gesture, and once the laughter dies down, he is resigned to the last seat and everyone moves up one seat. Again, all players give up their own gesture and assume the gesture assigned to the seat.

Why this game is a great one:

The only drawback to playing this game is stopping. It is so much fun, you will lose track of time, responsibilities and obligations. It is that much fun! 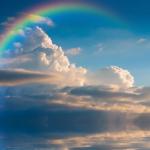 How to Look For the Sun After a…