The reminders of porn’s ubiquitous presence are everywhere. I was sitting in church yesterday listening to our pastor preach a powerful message on the adventure of faith God has in store for every Believer. I have a self-diagnosed case of adult ADHD, so sometimes my thoughts and my eyes wander around the sanctuary during even the most compelling of sermons. On this particular Sunday, my eyes landed on a sight I couldn’t believe I was actually seeing. It was shocking.

Sitting two rows in front of me was an adolescent boy who appeared to be around fourteen-years-old. He was holding up his smart phone at an angle where I could see it clearly. There was no one sitting in the row directly in front of me, so at the unique angle of my line of sight, I may have been the only other person in the auditorium who could see his screen.

At first glance, I just saw cartoon images. They were female characters from a cartoon my kids watch often. I rolled my eyes in frustration at the ubiquitous plight of kids on screens at inappropriate times. As I looked again to his screen, my frustration turned to horror. His web searches had at first glance seemed harmlessly sophomoric but they were actually pornographic.

If you’ll help your kids gets these life choices right, you’ll be equipping them for a lifetime of success and health in their relationships. 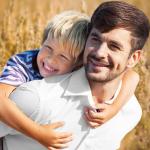 How (And When) to Teach Your Kids About…