How to raise a man

We're failing our boys because we have allowed the original intent of authentic manhood to be redefined. Here are 5 keys to train your son to respect you, himself, and others.

Recently, a video went viral on social media that represented the statement, "Be a Man!" as a completely negative attribute. The argument is that when boys hear the masculine mantra they adopt a mask and the performance-based mentality. The video draws the conclusion that when we deny boys their emotions, insecurities and even femininity, the result will be crazy, aggressive and violent men.

The video asks, "As a society, how are we failing our boys?"

We're failing our boys because we have allowed the original intent of authentic manhood to be redefined. We have made the masculine traits of men to be misrepresented so that the idea of manhood is a narcissistic, carnal-minded, violent, sex-crazed, beer-gutted, and uneducated buffoon. To counteract this "hyper-masculine narrative" we are to secure our boys into a more feminized and emotive version of manhood.

Rather than mold men into a softer, kinder and gentler form of metrosexuality, we should raise a boy into manhood who understands the original intent of authentic manhood. Here are 5 keys to train your son to respect you, himself, and others.

1. Your son has an adventurous spirit

Within every boy is a spirit of adventure. There is something about the field that calls to a boy. It may be a football field, a baseball field, a soccer field, and yes, even a battlefield. It's on the field of contest where a boy relates to other boys. This may not set well with a woman's personal sensitivities, but men relate to each other differently than women.

Solomon said, "As iron sharpens iron, so one man sharpens another" (Proverbs 27:17 NIV). As a boy faces the challenge of competition, he becomes stronger, faster and smarter. The field of contest makes him better. This is something that you may struggle with, but I promise you, you must allow your son to get out on the field and get dirty. That's right. You must raise a dirty boy.

2. Your son has an entrepreneurial drive

The very first words God spoke over man were a blessing, "Be fruitful and increase" (Genesis 1:28 NIV). This theme of increase is echoed throughout the scriptures. God not only blessed Adam, he repeated the blessing upon Noah and his sons. Then, thousands of years later, Jesus spoke it over his disciples.

Your son is created in the shadowed image of God (Genesis 1:27). I know this is a powerful statement, but it's true. Man is designed to recreate after his own kind - to increase. Your position as a mother is powerful in that you begin to lay the foundation for your son's understanding of increase. It is vitally important for a young man to comprehend that he is designed for increase. Increase is in his DNA; his genetic code dictates to every fiber of his being to increase. Make your son a money magnet - to finance his needs, fulfill his desires, and finance his purpose.

3. Your son wants to be gallant in relationships

The themes of popular comics are pretty simple. The stories are very similar in rhythm. An enemy wants to destroy innocent lives, and the hero with unusual, or even supernatural abilities, fights against the odds to win the day and save the victim from impending disaster.

Every boy reading these stories sees himself as that conquering hero. But somewhere in the daily grind, the thrill of life is dulled by the routine. The glamorous expectations of saving the world from destruction are lost in a boring existence of home, school and work. Yet, deep inside your son lays a courageous, chivalrous and gallant purpose.

Understanding this purpose will become a strong motivator in his management of relationships. He will learn to relate to women who are older as his own mother, those who are younger as his own daughter, and those who are his peers as his own sister. The only woman who will eventually receive the intimacy of his eyes and the passion of his loins is his wife.

4. Your son desires to be faithful

You want your son to live up to the original intent of manhood - ethical in business, principled in relationships, and spiritual in his walk with God. Contrary to popular belief, men are overwhelmingly spiritual; however, men are not religious. Men are practical in their faith, not pious. Men want a real relationship with God, not to join a religious sect or organization.

Earlier than you may think, your son will begin a spiritual journey. It is in the heart of man to do so. This will happen in two primary ways: In the daily commute and the spiritual encounter. The continual secularization of manhood is what leads to the destructive course we see modeled in society. Raise your son to strive for character more than talent.

5. Your son wants to live a legacy with a philanthropic cause

Your son wants a cause worthy of a fight. He wants to make a difference in the world. We're seeing a generation of young people who don't have anything to fight for. Confused by the empty rhetoric of false causes, they rally on Wall Street against an unknown identity, the top 1 percent. They have food, clothing, elite-educations, all the while holding their Starbucks cinnamon dolcé lattes, but they're angry enough to sleep in the parks for their cause, no matter how silly and underserving of a cause it may be.

That is not the kind of cause you want to raise your son to fight for. It's not worthy of him. You should remember you are preparing your son for his mission. You're not just raising an executive, or an athlete or a professional salesman, you're raising a man on a mission. Your goal is not to simply raise a good boy into a good man. You are assigned the responsibility to raise a boy who has a deep reservoir of purpose within him. That purpose is a philanthropic cause.

Help your son gain understanding and tap into these five keys, and he will understand what it means to "Be A Man." 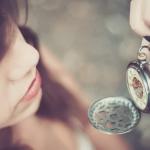 The One Thing That Will Make You Happy…