How to respond when your child tells you she hates you

Your Child Doesn't Really Hate You But How You Respond Can Make or Break Your Relationship.

It happens to almost every parent at some point. Your kid gets mad at you. That's not a bad thing - it generally means you're parenting well. Maybe you said no, or set a boundary, or insisted that she follow a rule or put someone else's needs before her own.

As this mom's viral rant on YouTube explains, your children being mad at you usually means you're doing something right.

It's easy to be hurt, sad or even scared when your child shows real anger toward you, and especially when she blurts out the words 'I hate you,'- but there are two things you really need to remember: She doesn't mean what she just said, and how you respond really does matter.

When I was pregnant with my first child, I overheard a fight between a mother and her pre-teen daughter. The daughter told her mom she hated her, and the mom turned around and told her daughter 'I hate you, too.' I decided right there and then, that would never be me. When my kids told me they hated me, I'd be ready for them.

Here's what I decided to say:

'Well, I love you. But I don't like your behavior right now.'

This builds on some of the oldest parenting advice in the book: Focus on the behavior, not the child. Behavior is a choice - it can be changed. Whereas if a child is constantly told she's 'naughty' she may start to feel her naughtiness is an inherent trait, something that's out of her control.

It also brings love back into the conversation. Remember, your child loves you, but she's just accidentally told you she hates you, so replying with 'Well, I love you...' gives her immediate reassurance that she hasn't just broken the most important relationship in her life.

This response also plays down the 'hate' word. It's a strong word, and you can discuss with your child later how inappropriate it is to use it. But remember your child has used it in the heat of the moment, while very upset and not completely in control of her emotions. Making a big deal of it right now (while emotions are still running high) will only make things worse.

This response has actually become a running joke in my family. The first time I used this phrase, my then five-year-old walked away, stopped, came back and announced loudly, 'Well my behavior's sad now, because you said you don't like it!'

Apart from lightening the mood somewhat, this tactic actually allowed us all to pause and think about how our words can make people (and behaviors, apparently) feel sad.

Here's what to follow-up with:

'I can see you're pretty angry at me right now.'

According to this Psychology Today article, it can be helpful to gently let your child know how she's really feeling, because, as we've already established, she doesn't hate you at all. She's just really angry at you. And that's OK. Anger isn't something to be scared of. It's something to manage and express in a healthy way. Over time, your child will learn to say (to you and other people in her life) 'I'm angry about what you did,' or 'I'm really mad at you today,' but for now, she's resorted to a less mature approach.

Note that both the above responses use the words 'right now'. We need to teach our kids that anger (and other negative emotions) are temporary.

The inside joke my daughter started with her very first 'I hate you' continues to this day. She's in high school now and this week I was mad at her for not finishing her homework on time, especially when she asked me to help her with it just before school. As I rushed her to the car, visibly angry, she said, 'Mom, I love you,' to which I replied, 'Well I love you too, but I don't like your current homework habits.'

Her reply? 'Well my homework habits are sad now, 'coz you said you don't like them.'

Sometimes learning how to respond to a difficult situation, in a way that doesn't involve escalating the argument, can have a long-term impact on family life. 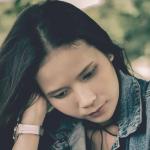 Telling Yourself 'i'm Fat' Could Put You at…