How to Stop Overcompensating in Your Marriage and Family

We May See Nothing Wrong With Overcompensating in a Marriage, But When We Begin to Lose Our Happiness and Who We Are as a Person, We Must Reevaluate Our Role.

There are marriages where one person overcompensates because the other person is contributing very little to the relationship and to the family. Instead of discussing the matter, the person chooses to carry on as if nothing is happening. In the meantime, the other person has no idea something is wrong. Children old enough to understand will realize that one parent is overcompensating for the other. Unfortunately, that isn't a good example to set because they will grow to believe overcompensating is OK in any relationship.

From a child's perceptive, I recall my mother overcompensating for my father at times. He tried his best, but there were occasions where he was unavailable. It was stressful for all of us.

In my first marriage, I used to overcompensate. My husband, at the time, was not as attentive to the marriage as I hoped. He was more involved with his personal life than our marriage. Even though it was overwhelming at times, I thought by doing more than my share in the marriage I would make things easier for us and bring him closer to me. It didn't quite work out that way. Overcompensating was just one of the factors that pulled us apart.

Overcompensating may not drive a couple to separate, but it can definitely make the marriage awkward and create tension within the household. These three tips can help you and your spouse equally contribute to the marriage and to the family.

We all have our plates full. There is so much happening in our lives that we are guilty of putting a little less into our relationships or families at times. However, when that behavior turns into a habit, you should have a one to one conversation with your spouse. Be honest. The last thing you want to do is hide the truth. Remember your children will pick up what they see and hear. Overcompensating is not OK.

You and your spouse should give each other attention as much as possible. Don't leave the hugs and kisses for special occasions or for one person to always give it. If your spouse is cooking, place a kiss on her cheek or gently touch her shoulders.

When it comes to your children, hug and kiss them as often as possible. Don't wait until they head to school or bed.

Don't buy gifts as a way to hide your guilt. Buy gifts because there's a meaning behind it or as a special gesture. The attention and affection should come from the heart, not from a guilty place.

. Set up family trips such camping, a day at the amusement park or the movies. Both parents should attend their children's softball game or school play. Consider family time at home. Spend that time catching up on the week or playing family games.

There is nothing wrong with wanting to do a little more for your spouse and family just as long as you are not jeopardizing your happiness. When you feel you are putting more into the marriage than the other person, it's a good idea to discuss the concern. At the end of the day, a marriage and family is to be celebrated by two people - not one. 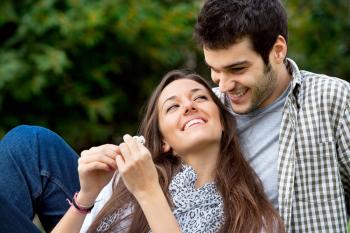 How to Be a 'good Wife' Without Becoming…