How to stop violence and extremism at home

Why Are People With Promising Futures Willing to Jeopardize Everything?

When I was a senior in high school, one of my good friends was arrested for possession of illegal narcotics. This friend had nearly perfect scores on his college entrance exams. He was well liked at school with involved parents who were both highly educated themselves. He had a beautiful girlfriend and was trying to choose between several Ivy League schools for college. It seemed like he had everything to lose and nothing to gain from experimenting with drugs, but he did it anyway. Since that night, I've often wondered, what makes good people with promising outlooks willing to jeopardize their futures?

I was reminded of this question again in the wake of the San Bernardino shootings. By all accounts, the couple who allegedly opened fire were regular people with no apparent evidence of mental illness. They had a six-month old baby and lived in an unremarkable apartment. The co-workers they opened fire on had recently thrown them a baby shower. What could possibly motivate young parents to behave this way?

To answer this question, I contacted Mark Goulston, renowned psychiatrist and author of "Talking to Crazy." Goulston explained how the types of people who can be enticed by drugs, can also be drawn to extremism. He told me that our personalities are shaped from very young ages, usually by our parents. When children are not comforted and encouraged regularly, and instead are criticized, ignored or coddled, they can become what he calls "emotional orphans."

Emotional orphans who turn to drugs use chemically induced feelings to fill longings within themselves. They also find a ready-made network in the drug counter culture, which has a reputation of being much more accepting than traditional society.

Extremist groups offer to fill these same voids by promising to love emotional orphans; by giving them instant connections and a sense of belonging. Extremist groups also offer people the opportunity to feel powerful and pay back an unjust world that hasn't sufficiently met their needs. It's not too difficult to see how this might be an appealing prospect for an emotional orphan.

It's tempting to think we can fix this problem by hunting down anyone who fits the profile and locking them up, but as Johann Hari argues in his book: "Chasing the Scream: The First and Last Days of the War on Drugs," that approach to the drug problem has made the problem worse, not better. Logically speaking, isolating people who do drugs because they feel isolated, makes them more likely to continue doing drugs-because it exacerbates the needs that led to their drug use in the first place.

Similarly, locking people up who might be dangerous because they haven't found acceptance or justice in society will likely exacerbate their needs and make them more dangerous. Fighting the effects of their emptiness doesn't work very well, but filling their emotional voids might.

How do such voids get filled? It starts at home. It needs to happen in your home, and it needs to happen in my home. We each have a responsibility to meet the emotional needs of our friends, family and loved ones, even when they seem content on the outside; but especially when they don't. When your teenager acts out about something that seems trivial to you, resist the urge to tell them to get over it, or to reiterate the cliché that life's not fair. Instead, take their experiences seriously. Trust that what they're feeling is real. Find the truth in what they say and ask them to tell you more.

Goulston details how to do this in his book "Talking to Crazy," but the key take away message for me was this: "You aren't going to make crazy go away by ignoring it, trying to reason with it, or arguing with it. Instead, you're going to lean into the crazy." If you can't give in and give your teenager what they want, you can still make them feel validated and understood. Doing this will have a powerful calming effect on their brain; make them feel more connected to you and less alone.

Hari says in his book that "the opposite of addiction is connection." When a person's needs are met, their drug addictions largely cure themselves. By learning to validate the experiences of others, we create the sense of safety and connection that all humans need. The more we can do this for our children, and others we interact with every day, the more we will be able to diminish the luring appeal of extremist organizations. 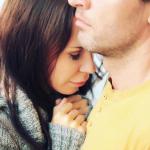 When Your Friend's Husband is Addicted to Pornography