How to Talk About Religion Without Making People Feel Weird

Talking About Religion Can Often Create an Environment Where People Feel Weird and Even Uncomfortable.

Religion is a topic that will always cause a reaction because of the deepness of feelings on both sides of the spectrum. But no matter what your beliefs are, the ability to communicate with others about what you believe can be done in a way that creates respect and understanding.

According to Webster's Dictionary, religion is defined as "the belief in a god or in a group of gods; an organized system of beliefs, ceremonies, and rules used to worship a god or a group of gods; an interest, a belief, or an activity that is very important to a person or group." Based on these definitions, it would seem that the majority of people in the world can associate themselves to some type of religion.

Many people want to steer clear of discussing religion, as it deals with an individual's personal beliefs. They do not want to cause contention or discord. On the other hand, there are many who have such strong faith in their beliefs that they feel compelled to share this with others.

Discussing religion does not have to create a weird situation if approached with dignity, respect and understanding.

When is the last time you spoke with someone about religion? What was the situation? Did you start the conversation or did the other person? How did you feel? Why did you feel the way you did? The ability to talk about religion should not bring up feelings of anxiety, nervousness or even shame; after all, sharing something that has brought you happiness in life should be something you desire to talk about.

The true key is understanding how to talk about religion in a way that creates opportunity for real, respectful dialogue. This happens when there is the ability to discuss your beliefs without forcing them on someone else. When the communication is open and there is a safe environment, discussions about why someone believes what he or she does, and how it has impacted his or her life can be some of the most rewarding and interesting conversations you have. As you listen to others' stories about what led them to their beliefs or religion, you can look for commonalities. As this is done, there is an increase of mutual respect and understanding.

Just as you desire respect from others about your beliefs, you should be willing to respect theirs as well. Trying to discredit another's religion creates negativity, discomfort and often bitterness. There is a difference between sharing what you believe and trying to convince someone else that what they believe is wrong. That is why discussing such a sensitive topic with care and respect is important.

Don't be assumptive or accusatory of others when religion is brought up. Generalizing, by using words such as "all," "never" or "everyone" often will turn what could have been an enjoyable conversation into one that is very awkward and often contentious. Understandably, comments like, "All of the members of your church are the same," or "Everyone says that your church is a cult and the members are crazy" will likely cause a person to be defensive or annoyed.

In a world that seems to teach that it is OK to have intolerance for what others believe, we instead need to support one another's beliefs. We cannot afford to create a society where people are forced to live their beliefs in secret. We must allow religious conversations to take place. No matter what you or someone else believes, we should all feel respected, and show that respect to others.

Seth Saunders is an executive business consultant and leadership coach. Seth has been married 20 years to his amazing wife, Amber, and is the proud father of three wonderful sons. He is passionate about helping others succeed.
nextarticle 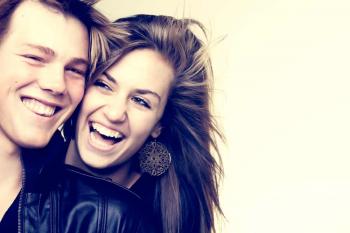 10 Ways to Connect With Your Spouse When…