How to Talk to Your Kids About Sexting

As Parents, You Can Help Your Child Learn About and Avoid the Dangers of Sexting. Here Are Five Ways on How to Do It.

Every parent thinks their child would never get involved with sexting. After all, you've done your part as a parent to teach them good morals and values so they should intuitively know that sexting is not good - for lots of reasons. Well, unfortunately, many kids still do it. And a lot of parents whose children get embarrassed or in trouble for sexting are often caught off guard. They're caught off guard because they thought they taught their child better. And they thought their child knew better, too.

Sexting is a phenomenon throughout the nation that we, as a society, are trying to grasp. As a society, we are pressed to come up with appropriate messages for children about what is or isn't appropriate online behavior. For example, in one viral article a mother is adamant that her boys unfriend girls who post pictures of themselves in their pajamas or other immodest attire. As a society, we are also trying to define laws for whether or not crimes occur as a result of sexting. For example, right now a judge is debating if child pornography charges can be filed against three girls who shared pictures of a schoolmate.

Sexting doesn't just happen via text messaging. It can occur on any form of social media. When you talk to your kids about sexting, make sure to clarify that you're not just talking about text messaging. You're talking about all their online behavior. This includes Facebook updates, tweets, tumblr posts, etc.

Not all sexting happens via text. It also happens via pictures. And not just nude pictures, either. Pictures of themselves in scanty attire can also be considered as sexting. Make sure they know that, as a general rule, if they're not comfortable showing a picture to their least favorite friend in school, it's not a good idea to send it to anybody - even a boy or girlfriend.

When your child writes a text that contains graphic content (like I want to kiss you or touch you in certain places) this is considered sexting. While it's better than posting or sending pictures, it can still create an embarrassing situation for your child. Tell them to play it safe.

Many cell phones and other portable devices like iPods are also equipped with video apps. This means your child can take videos of themselves and send the video directly to friends or post them online. Even though these videos may not contain nudity, it is still considered a form of sexting if the content is sexual. Talking provocatively to another person or showing yourself in a cute new pair of underwear is also considered sexting.

Sexting doesn't just have to be about themselves. Sexting can also occur when you post pics, messages, etc. of others. This is dangerous for a couple of reasons:

Both of these are under intense scrutiny, and many courts are trying to make examples of offenders by doling out harsh penalties. Tell them just to stay away from reposting others' questionable content.

When talking to your kids about sexting, it's important to be calm and level-minded. Allow your child to ask questions and make sure to answer him without judgment. The worst thing you can do as a parent is to talk to your child in a way that makes him feel uncomfortable, judged or that you're angry.

Lastly, talking to your child about sexting shouldn't just occur once. Instead of having "the talk" with your child about sexting, you should have several talks with them. This creates an environment in your home where they're more comfortable to talk about it if it comes up and it gives them more opportunities to get questions answered rather than just at one time. 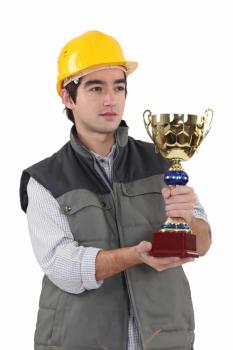 4 Ways to Be a Winning Employee