How to Teach Fairness in an Unfair World

It's No Secret That Few Things in This Life Are Genuinely Fair, But Try Teaching That to Children. Here Are Some Tips For Teaching Children About Fairness in an Unfair World.

To simply say that life is not fair and expect children to accept that notion at face value is a bit of a leap of faith. You can try to soften the statement by saying that life isn't the same for everyone. But it all boils down to the fact that children don't always get their way.

Fairness (or the lack thereof) is one of the most difficult lessons that children have to learn. Nevertheless, it's a fact of life that causes parents to develop ulcers when trying to deal with fairness among their children. The best approach is to teach by example. Children might not fully grasp the concept of fairness until they get older, but if you provide an example by striving to be as fair as you can, they will have something to look back on when it is their turn to teach their children about fairness. Here are some ideas for teaching children about fairness.

There is no way that all of your kids are going to respond to all of your decisions with a collective nod of approval no matter how hard you try to make the situation fair. For example, say you have two children and there's one cookie left. In the spirit of King Solomon, you resolve to break the cookie in half and offer an equal-sized piece to each child. You are likely to hear both children protest in unison, "That's not fair!" Or, if they both agree to half a cookie, one child still might argue, "Her half is bigger than mine!" This scenario is what makes that vein in your forehead pop out so far it's visible from outer space.

These occurrences shouldn't scar your children for life. Use this example as a way to teach children that few things divide equally. There will be times that they won't get the bigger piece, but they won't always walk away empty-handed either.

Making a seemingly simple decision such as determining where the family will go out to dinner can cause a rift among family members that can result in an all-out civil war. You suddenly start hearing verses of, "But she got to choose last time!" Or, "If we don't go where I want to go, then I'm not going!"

Suddenly, that can of tuna fish that's been in the cupboard for the last six months is looking more appealing. No doubt you have forgotten who got to choose the dining destination the last time. But even if you know whose turn it is, ask your children what they think would be fair. Then, encourage them to go off and discuss it. The ultimate choice is still yours, but this allows your kids an opportunity to work out a solution. Of course, there won't always be a peaceful outcome, but it gives you a chance to teach your children about compromise.

Avoid making a decision during a heated moment

If you need to make a choice about something that has caused a disagreement among your children, delay making the decision if their (and your) temper is still hot. It's important for children to recognize that fairness is not something that is arrived at during a heated argument. Call a temporary truce. If you make a sudden decision in an attempt to diffuse an emotional disagreement, you will likely escalate the situation. If there is time, let everyone go off and calm down so you can have a rational discussion before you make the decision.

It's hard for parents to deal with situations where they need to make a decision that leaves a child feeling distressed and broken-hearted. In this case, the parent might be tempted to assuage the child's misery by making counter offers or some form of concession. This could cause you to fall into a trap. If you do this, your children might grow up expecting that all of life's hard knocks come with a consolation prize.

If a punishment is necessary, make it fit the behavior not the circumstances

When you make a decision that one child doesn't agree with he or she might express discontent by throwing a tantrum. Seeing this behavior after having to make a difficult decision could elevate your level of frustration over the whole situation. Under the circumstances, you might feel compelled to punish your child more harshly for behaving this way. Staying consistent with discipline is important so be sure to impose the same punishment that you do for all tantrums.

The bottom line is that arriving at a completely fair solution is a rare occurrence. Teaching about fairness will take time and a lot of effort, but children need to learn this concept early in life. There is rarely a simple solution to difficult choices. A good rule to follow is to establish a method for making decisions that your children recognize and be as consistent as you can in employing that method every time. 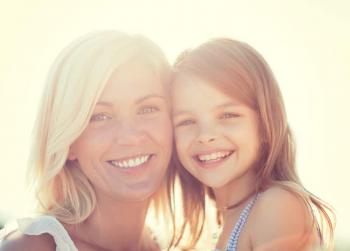 5 Tips For Parenting an Extrovert