Teaching Tolerance and Love in This World is No Simple Task. Here Are 5 Tips to Help.

In today's increasingly hostile world, it is vitally important to teach your child tolerance. I live in a relatively conservative area of the south where tolerance is not always an accepted lesson to teach your children. When my son was in second grade, the elementary school he attended was having "dress up day" as part of a "We will not call it Halloween" celebration. The children were allowed to wear their non-scary costumes to school, eat cupcakes decorated with orange frosting and open goodie bags filled with candy and plastic spiders. NOT Halloween, though ... Dress Up Day.

Anyhow, he was so proud of his costume until one of the girls in his class told him that only people who worship the devil dress up for Halloween. He was 8 years old and came home totally freaked out and afraid that he had offended God somehow by wearing his costume to school. Unlike THAT little girl's mother, I want to be the kind of mom who teaches her children tolerance of other people's beliefs and customs!

How to teach your child tolerance

Tolerance is a learned trait and this is probably the number one most important recommendation I can think of. If your child hears you, your spouse, or other people of authority using racial slurs or derogatory slang words, they WILL begin adapting those words and attitudes into their own personalities. Do not make generalizations about a race or religion based on common stereotypes and if people around your child are using words or phrases that are hurtful, use it as a teaching moment. When you tuck them into bed at night, talk to them about how those words hurt people's feelings.

2. Keep the lines of communication open

As your kids become teens, it is important that they know to come to you for information. We understand this when it comes to questions about sex and drugs but if your child brings up a topic like a fight at school or bullying you should dig deeper and use it as a tolerance teaching moment. Bullying is usually one of the first signs of a child who is NOT being taught tolerance at home.

3. Teach compassion from an early age

When children are small, we kiss their boo-boos and teach them not to hit their friends. This is the very beginning of teaching children to be compassionate. As they get older, teach them that hurtful words cause bad feelings and ask them how THEY would feel if they were tormented by their peers because of their religious beliefs or the color of their skin. A compassionate child is a tolerant one!

4. Do not shield them from ALL news

While you certainly don't want your 5 year old watching the media circus covering a school shooting, as they get older they need to be aware of SOME of the strife taking place in our world. There are websites that offer age appropriate news stories like Time for Kids or CNN Student News. As your children read about religious wars, arguments over political views, and the current state of the country's finances, TALK to them about these issues.

5. Expose your children to other cultures

This is easier in some parts of the country than others. I live in the outskirts of a major city and we have restaurants, churches, and festivals for just about every nationality imaginable. You can get children's books that discuss many nationalities, religions, and social situations. In order to teach your child tolerance, use holidays as a teaching moment ... even if they aren't your own! Just because you don't celebrate Kwanza or Passover doesn't mean you can't teach your child what they are all about. This world is a melting pot of cultures and exposing children to other ideas at a young age will help ensure that they grow up to be tolerant adults!

Editor's note: This article was originally published on Suburbia Unwrapped. It has been republished here with permission.

Diane is a professional blogger and nationally certified pharmacy technician on top of her job as a full-time mom. She has a bachelor’s degree in Microbiology and a minor in Health Management and policy. With the birth of her first child, she left her career in the science field to become a stay at home mom. Years of playing with LEGO and coloring with crayons had her craving a more grown up purpose to her life and she began blogging full time. Her daily life is filled with emotional teens, suburban politics, and battling stubborn middle-aged metabolism.
nextarticle 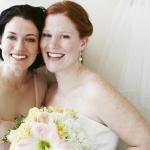 7 Ways You Can Be the Best Maid…