How to tell if your kid is lying

They're Gonna Fib Every Now and Then.

You ask your kid a question, they give you suspicious response. You stop what you're doing to wonder if your own child has just lied to you.

It's happened to every parent. No child tells the truth 100 percent of the time. Sometimes their fibs are obviously untruthful, but other times your little troublemaker makes you stop and think, wondering if that was the truth or not.

If you're wondering whether your child is lying to you, watch for these eight telling signs:

According Mark Bouton, an FBI agent for 30 years, there are some movements that happen during a lie. Things like head shaking, blushing, sweating, pursed lips and repeated touches to the face are all things to look out for. These tell-tale signs are a little tricky to spot because kids tend to move around a lot, but you might spot them if you are watching your child carefully.

If you want to double-check whether or not that story your kid told was true, ask them about their story later and compare the two versions. Most of the time, children won't be able to repeat the exact same lie again, and their inconsistencies will give them away.

Another telling sign that your child just told you a lie is their reaction when you change the subject. Understandably, once you move away from the topic they're lying about, your child will feel relieved.

4. A change in pitch

According to Psychology Today, changes in pitch signify a lie. Most of the time, kids will speak in a higher or lower tone than their normal voice while telling a fib. Nerves and trying to sound as normal as possible creates an abnormal change in tone, letting you know they are lying.

Avoiding eye contact is one of the first non-verbal cues that will give away a little liar. Younger children tend to avoid all eye contact while not telling the truth, while older children (while concentrating on acting as if everything is normal) may hold unusually long eye contact.

A study on non-verbal behavior found that liars blink less frequently than normal while lying, and then speed up. However, other studies suggest that liars usually blink more while lying. Either way, watch their blinks if you think your child is lying.

Your child knows they're doing something wrong when they lie, so they'll usually be pretty defensive. If you ask a simple question about their fib, even if it's not accusatory, they might over overreact.

Overall, your best tool for figuring out whether your child is lying are your own motherly or fatherly instincts. You know your kid better than anyone, so if your instincts tell you something is off, they're probably lying.

What to do once you've caught them

As tempting as it may sound, catching your kid in a lie shouldn't be a "gotcha!" moment. As their parent, reinforce their knowledge that lying is wrong, but there's no need to pile on the guilt. Your child already knows what they did is wrong.

Instead, turn the situation into an opportunity to have a loving discussion with them about why lying is bad and how it can get them into trouble. By using their fib as a teaching moment, you children will learn about the consequences of lying without feeling unloved.

Your child will lie occasionally, so it's important that you create a relationship where they feel comfortable confessing their fib. As a parent, you can help teach your child about the consequences of lying and help them realize that it's always better to tell the truth, even if that isn't the easiest option. 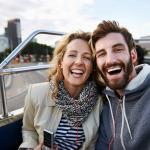 16 Things Your Husband Will Never Ask For…