Are You Worried About What Impact Video Games Could Have on Your Son? Take My Word For It. There is Too Much of a Good Thing.

Video gaming is a controversial topic amongst parents these days. Some argue for the benefits of playing video games, saying that they are a normal way for children (and even some adults) to enjoy some leisure time, de-stress and improve fine motor skills like hand-eye coordination. At the same time, though, like anything else, too much of a good thing can do much more harm than good.

A study done by the American Academy of Pediatrics has shown that "greater amounts of gaming, lower social competence, and greater impulsivity seemed to act as risk factors for becoming pathological (or extreme) gamers, whereas depression, anxiety, social phobias, and lower school performance seemed to act as outcomes of pathological gaming."

Being a "recovered gamer" myself, I can vouch for the inherent risks of spending too much time in front of a screen with a remote in my hand. When I was just 5, we got our first Nintendo. After that point, many of my childhood memories revolve around video games. My reward for anything was that I got to be first player next time we played. One time when I was 6, I was so upset that my brother wouldn't let me play Mario with him that I called the police. Let's just say that didn't end well.

Then there was the time in sixth grade that I skipped school to play my favorite Super Nintendo game. I didn't realize that there was anything wrong with my gaming habits until the first day of class in seventh grade. When I introduced myself to one of my classes, I said my favorite thing to do was play Nintendo. The boy just in front of me turned around after I was finished and told me that he hated Nintendo freaks.

Eventually, video games became a way for me to escape. Most of the time hanging out with friends was spent gaming. I had a hard time in regular social situations and was often made fun of because of it. It wasn't until high school that I started to develop social skills. I became happier and was more focused in school and achieved better grades. I became more productive with my time and more ambitious.

But many children don't shed the addiction when they are young. Many simply move on to more mature video games when they become older. A friend of mine was once engaged to a beautiful girl, but she ended up breaking off the engagement because whenever she went to his house, she couldn't get him away from his video games. As a supervisor at work, I have had employees come to work late or miss a day of work entirely because they stayed up too late playing video games.

In conclusion, it's important to recognize that video games are not inherently bad. They can be a healthy recreational outlet for your children. But, The American Academy of Pediatrics recommends that children should limit "screen time" (time spent playing video games, using the computer or watching television and movies) to one or two hours a day of "quality programming." By doing this and also incorporating active activities, you can help develop a well-rounded child who can better focus on school and can develop important social skills that will help him become more successful later in life. 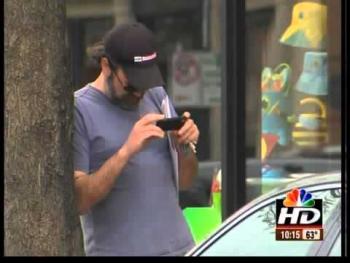