I know who is in charge of your family

Someone is leading your family. Do you know who it is?

Editor's note: This article was originally published on Kevin Thompson's blog. It has been republished here with permission.

Who is in charge of your family? Your church? Your office?

I'm not asking who has the title of "leader." I'm asking who is really in charge. Who determines when Christmas is held or what decision gets made or who is the person to whom everyone has to adjust their schedule?

Far too often it is the most unhealthy person in your family, church, or office.

It is a sad tendency of humanity when placed in a group of people, we allow the sickest among us to lead.

Rarely do we give them the title of leader, yet often we allow them to determine our course of action. And it's ludicrous.

So the addict runs the family, the worst employee defines the company, and the most insecure members define the church.

It's nearly unbelievable except we have all experienced it.

We've been expected to rearrange our holiday schedules because a holiday "belongs" to a certain mother or grandmother.

We've watched a non-profit sacrifice its mission to please one individual.

We've had the same conversations at work every year, but no one is willing to do anything about it.

Say it out loud: "Let's follow the most unhealthy person and see how that goes."

Why the most unhealthy lead ..

The most unhealthy often lead because we are a people who are driven by comfort. And nothing feels more uncomfortable than emotional unhealthiness. Confronting it takes courage and a willingness to be uncomfortable. Avoiding it requires no courage and gives the facade of peace.

So we let the unhealthy lead.

They determine what is said and not said at family meals. All the healthy people know what they are not allowed to say when Aunt Betty is in the room.

They determine how much fun we have at work. All the healthy employees know when to be quiet and follow the rules when Dave is around.

They determine what is done at church. The whole congregation would love a different style of worship, but no one brings it up because Jack would throw a fit.

And we let them.

But it doesn't have to be that way ..

There is an alternative.

They can have the courage not to submit the whole organization or family to the desires of its most emotionally unhealthy member. They can give each person the opportunity to play by the same rules or not to play at all. They can, in love and respect, call attention to inappropriate words or behavior by people.

You have the ability. You can recognize your emotional unhealthiness and refuse to act from it. You can experience emotional health and determine to live in it. You can change everything.

Someone will lead - your family, church, and organization. Someone will lead. Without courage, no matter who has the title of leader, leadership will be surrendered to the most emotionally unhealthy among us. With courage, the healthy will lead.

No explanation is needed for which is a better choice. 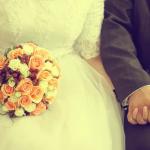 How Long Should You Wait Before Getting Married?