It Can Be Hard to See the Good in a Person, Even When That Person is Your Dad.

Editor's note: This article was originally published on Ben Arkell's blog. It has been republished here with permission.

We all have our struggles in this life. Sometimes it's easy to recognize the weaknesses of others and not see the good. That's how I was. Especially when I was young. Especially when it came to my dad. More than once I promised never to be like him.

I grew up with great friends who all had great dads. It seemed to me that the relationships they had with their fathers were a step above the one I had with mine. There were some things my dad did that made me upset - add to that the fact that he was always too tired to shoot hoops, and it made for a bad combination when trying to build a solid relationship with a teenage son.

I remember being very hard on my dad. I can still hear the words from my father ringing in my ears: "I know I'm a horrible father." He said it on more than one occasion, and it usually stemmed from me complaining about something he did.

Now that I'm a father I look back on his weaknesses a lot differently. In fact, it's a lot easier to be more understanding. What's hard to swallow is that the great things he did I'm just starting to notice, and now that he's gone, I can't properly give him the credit he's due.

One night my boys were asking me for a story. So I told them of the day my dad bought me a BRAND NEW pair of basketball sneakers. They were white high tops with black stripes on them and I swear they made me jump two feet higher. They cost $80, which in today's world would equate to $120. The first night I wore them I took great care to only have them on when I was in the gym. Once the pickup game ended, I changed into some other shoes and walked to the car, placed my new sneaks on the roof of the car, and fiddled with the keys to open the car door. I was basking in the joy of another great performance on the court, with these amazing new sneakers.

As I drove home, imagining the lucrative NBA deal that was sure to be part of my future, I realized I had never taken my sneakers off the roof of the car. I quickly pulled over, jumped out of the car, and my heart sunk as it hit me that my new prized possession, the key to NBA glory, my beautiful, expensive sneakers - were GONE. I drove back to the gym, trying to find them, but in the darkness of the late hour there was no hope. I had lost my sneakers on the very day they were given to me.

As I was telling my boys this story, I remembered something amazing. When I had gone home to tell my dad what happened, I don't remember his reaction. That's the fascinating part to me. I know that if he had flown off the handle and gotten angry, I would have remembered. But my only memory is this - the next day after searching for the sneakers on his way to work without any luck, he came home with a newly purchased pair of the same $80 sneakers.

After I finished telling my boys this story, I thought of a moment earlier in the day when I lost my temper and raised my voice at my boy for spilling his milk. I remembered the way I overreacted earlier that week when one of their bikes scraped up against the side of our new van. I thought of all the small and insignificant things that my kids do and how I never seem to be able to let it go without belittling them. It was then I realized that my promise from years earlier was coming true in a much different fashion than I had expected - I realized that I never would be like my dad. The greatest attributes of my father were the ones that, as a child, I could not see.

Dad, wherever you are, and as shallow as this apology and statement is, please know that one day I hope to be the man you were. I'm sure you are looking down with empathy and a smile. Your wings are well deserved. I'm sorry it took me so long to realize it.

Ben grew up in Hingham, Massachusetts, a small town 40 miles southeast of Boston, and currently lives in Lehi, Utah. He and his wife, Gina, have 6 beautiful children and he currently works as Payroll Manager at Ancestry.com. Ben also manages his daughter's YouTube channel, The Piano Gal, which recently hit 50,000 views in less than a year. He loves the power that words have to evoke positive emotion, and his aim is to have people feel something when they read his work.
nextarticle 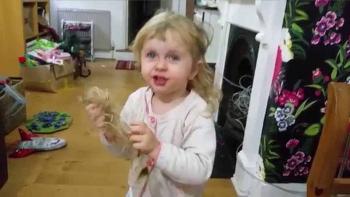 A Haircut Only a Toddler Could Love