If you get cheated on, you can still win later in life

A New Study Has Found That Women Who Get Cheated on Win Over the Long-Term. Basically Turning You into Beyonce.

If recent research is to be believed, those who are cheated on - like Beyonce or former first lady Hillary Clinton - truly run the world.

Researchers from Binghamton University and University College London found that women who get cheated on tend to have more success later in life than the "other woman" - that is to say, the woman who the partner cheated with, according to The Telegraph.

The study - which had 5,705 participants from 96 countries fill out an online survey - found that women who are cheated on tend to learn lessons about dating and personal development that can help them grow. Specifically, these women have better "personal growth that may expand beyond mating and into other realms of personal development," according to the study.

These women will struggle at first by going through grief and betrayal after they lose their partners. But over time, they will understand more about what kind of person makes a good partner and how to determine whether a potential partner will be honest or not.

"It can feel brutally painful but also offers valuable life experience that truly does help us make better decisions in the future," relationship expert Jean Hannah Edelstein said in the study, according to The Telegraph.

In fact, women learn these lessons and stick to them. The study found that women who get cheated on will speak of breakups in the past tense, whereas men often do it in the present tense, according to the study.

These women then pick up on certain cues that help them grow because they can reflect on their past relationship.

"Women report that they are more attuned to cues of infidelity, dishonesty and other 'low mate value' signals following having their mate 'poached' by another woman," according to The Telegraph. "Women also report that they are now more aware of their female friends and associates behaviour regarding their significant other."

But this isn't just something limited to research. It can actually be seen out in the physical world too, mainly through two of the most powerful women in society today - Beyonce and Clinton.

Josie Pickens of The Daily Beast recently wrote that these two women are both popular figures who have been successful even after their significant other cheated on them.

Clinton's benefits can be seen when you look back on history. Since her husband President Bill Clinton cheated on her, Hillary Clinton has gone on to become senator of New York, Secretary of State and is now in-line to become the Democratic Party's presidential nominee in this year's election.

Meanwhile, Beyonce's recent cheating scenario - though some are unsure if it's true - may benefit her. In fact, her entire recent album "Lemonade" focused on the fact that her man Jay-Z cheated on her, and that has only earned her more positive reviews.

In fact, that may have been the plan all along. She may have wanted to succeed in spite of her cheating husband.

"What if, in some way, Beyonce is delivering a message in 'Lemonade' that says a woman can stay in a marriage because that partnership benefits her, but she will not be silent and turn a blind eye to how she's been treated," Pickens wrote. "What if Bey is saying that even in a woman's wild fits of anger, jealousy, insecurity, and heartbreak, she should still be thinking of a master plan."

Still, this isn't saying that cheating will automatically lead women toward financial and political success. When your man cheats on you, you won't exactly become Queen Bey overnight.

In fact, cheating is still considered a major taboo in America. As my colleague JJ Feinauer wrote in June last year, Americans have slowly grown accepting of many taboos - like suicide, human cloning and polygamy - but have steadily disapproved of infidelity. This is based on a Gallup poll that found only 8 percent of Americans find "having an affair" to be "morally acceptable."

"Americans today appear to have greater comfort with a host of issues or behaviors that were at one time subject to social stigma," Gallup's Andrew Dugan wrote in an analysis of the results. "But the nation's thoughts on extramarital affairs may be considered an island of stability amid this sea change. Even as much of the country expands the institution of marriage to include gay and lesbian couples, there has been no redefining of the commitment a couple enters into when they get married."

As previous research found, dealing with infidelity is never an easy accomplishment for couples. I previously wrote about how couples often have to learn how to trust and forgive each other again after one cheats on the other. Religious believers often also seek out some sort of repentance for what happened to their marriage.

John Pavlovitz, a pastor from North Carolina, wrote for Relevant magazine that couples should always be trusting of each other from the beginning to make sure that these issues won't arise, allowing both partners to succeed in marriage - and life - together.

"Some argue that all of this equals a loss of something on my behalf; a sacrifice of personal freedom or individuality," he wrote. "In some ways, I agree, but for me, these things are at the very heart of what marriage is made of and why I chose to enter into that collaborative covenant partnership in the first place. Marriage is a willing sacrifice. It is an intentional compromise. It is the welcomed alteration of a person as they are alone, as they commit to be part of something else, together with another."

When to forgive a cheater
Why is TV obsessed with infidelity?
There's been a lot of infidelity in the news lately. Here's why that's a problem 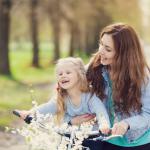 15 Minutes Mother Gave Me That Changed My…