If you want a long marriage, get some sleep

A New Study Has Found That Couples Report Higher Relationship Satisfaction When They Get More Sleep With Their Partner.

Serious tip coming your way: If you want your marriage to last, get some sleep.

A new study out of Florida State University found that married couples who get more sleep than the average American report higher relationship satisfaction, especially the day after they've had such a long sleep.

The study, titled "The Rested Relationship: Sleep Benefits in Marital Evaluations" and published in the Journal of Family Psychology, found that sleep affects how couples handle burdens and stresses in their relationships.

"The universality of our findings is important," FSU graduate student Heather Maranges said. "That is, we know all people need sleep. Regardless of the stage at which a couple is in their relationship or the cultural context in which they're embedded, each member of the couple can be adversely affected by not getting enough sleep."

This happens because sleep affects our self-control, according to the study. When we sleep, our self-control decisions will reset, giving us a clearer mind to deal with any ongoing stresses.

But when we lose sleep, relationship issues are harder to deal with.

The study, which looked at 68 newlyweds, had each couple jot down how many hours of sleep they got in a week and then answer questions about relationship satisfaction.

And lack of sleep definitely hurt these couples. Overall about "one-third of married or cohabiting adults report that sleep problems burden their relationship," according to the study.

But sleep proves to help husbands, who "were less negatively affected by bad experiences in those nine areas when they got more sleep. That is, sleep buffered the effects of specific negative events and evaluations on their broader, more general satisfaction with their marriages," the study said.

Previous studies have indicated that sleep patterns especially help wives in a relationship, which also influence the outcome of the marriage specifically, according to The Huffington Post.

This comes from a 2010 study from researchers at the University of Pittsburgh, who found that couples will argue more when their wives get less sleep.

"We found that wives' sleep problems affect her own and her spouse's marital functioning the next day, and these effects were independent of depressive symptoms," Wendy M. Troxel, Ph.D., said, according to The Huffington Post. "Specifically, wives who took longer to fall asleep the night before reported poorer marital functioning the next day, and so did their husbands."

There are also couples who wish they could sleep without their partners, as Deseret News National reported back in February. In fact, 20 percent of couples said that they wish they could have a separate room for their spouse, hoping they'll get a proper amount of sleep and avoid arguments in their relationship.

But husbands and wives who sleep together tend to rest easier than those who sleep alone, according to The Wall Street Journal. These couples tend to have more stable wake up routines, which can make them more productive and create fewer problems with insomnia or other sleep disorders.

In fact, couples who sleep together find it easier to manage each other's self control and regulation, as the FSU study mentioned earlier.

But couples who have mismatched sleeping partners are almost doomed for arguments, according to WSJ.

"Researchers found spouses who go to bed at different times report significantly less relationship satisfaction than those on the same schedule. They have more conflict, spend less time in shared activities and serious conversation, and have sex less frequently than couples with similar sleeping schedules," WSJ reported.

Experts advise couples to find a sleeping schedule that works for both partners. It's also a good idea for couples to figure out what works for each other. If one partner is a night owl and the other is an early bird, couples can find success by simply managing how they respect their partner's sleep schedule, WSJ reported.

Night owls, for example, may manage how loud they are at night and what lights they keep on, while early birds would figure out how to get going earlier without disturbing their partner.

"Many couples find time in bed is the only time they have to talk alone," WSJ reported. "Come up with a plan for when you'll spend time together in bed, including when you'll have sex. Physical closeness, even without sex, stimulates the hormone oxytocin, which reduces stress and promotes bonding. So go to bed together once in awhile, even if just to catch up and be together." 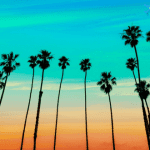 9 Reasons Why a Quick Getaway to California…