If you want your kids to eat healthy, tell them to eat like The Avengers

Asking One Simple Question May Do More Than Teaching Proper Nutrition, Getting Kids to Move and Changing School Lunches.

There is a rising obesity epidemic among our children and it has health experts worried. Initiatives have been put in place to change school lunches, teach proper nutrition and get kids moving. But it turns out we could be making improvements by just asking a simple question: What would The Avengers do?

You could replace The Avengers with any superhero your child loves: Superman, Batman, Wonder Woman...what matters is the association. If you ask your child what their role model would eat, chances are they will name healthy foods. Which will give them an incentive to follow suit.

Those little heroes can't do it alone, however. They need their parents to help make those changes stick.

The theory comes from a Cornell University study conducted by professor and author Dr Brian Wansink. While studying how to choose healthier choices in fast food settings, researchers gave children a choice between two foods: sliced apples or french fries.

In the beginning, children would select the fries as their food of choice. However, after asking what a fictional character (like Batman) would choose, children said the apples.

This study relies on priming. Conducted during a four week period, one week was set as a control week, where no questions were asked. During that time, only 9% of children chose the apples. The other three weeks primed the children by showing images of fictional or real role models before lunchtime. After priming, the number of apple choices went up to 45%.

Results suggest giving children a target to focus on lets them rethink their own choices. Feeling admiration for these characters promoted a positive association with healthy choices, leading children to make a more nutritious selection for themselves.

But the Cornell study is not the first to find this to be the case. An initiative by the Bronx Department of Education in New York City asked young students who they would be more likely to listen to: superheroes, astronauts or athletes. The students chose superheroes.

This information was used to create a new set of nutrition mascots, featuring Wanda Water, Frankie Fruitman and Victor Veggie. Hanging posters of the three over the cafeteria salad bar at local schools have been encouraging and reminding students to make better choices.

Nutritionist, mother and blogger Betsy Ramirez also used a superhero tactic when she taught her child's kindergarten class about eating right. She lays out how she presented the information and foods to the young children, so the same can be done in other classrooms.

Just simply asking the question "What would the Avengers do?" has an impact on your child's choices. Maybe it is time we had superheroes in the kitchen and on the playground.

Kevin Jones has mastered a lifestyle of work, fitness and family life. He provides solutions for personal fitness as well as keeping families fit by utilizing activities and diet.
nextarticle 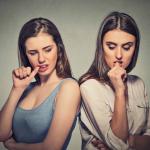