If you’re pregnant and have too much of this, your newborn may develop autism

A New Study Has Found That Mothers Who Have Too Many Vitamins May Be More Likely to Give Birth to Babies Who Have Autism.

Pregnant women may want to be mindful of how many vitamins they take.

A new study from the Johns Hopkins Bloomberg School of Public Health found women who are planning to become pregnant or who are about to give birth should be cautious of how much folate and B12 vitamins they take, since too many can put newborns at risk for autism.

Researchers looked at data from 1,391 pairs of mothers and children. The mothers were followed for several years, with researchers checking their blood folate levels after the first few days of delivery.

They found that the mothers who had higher folate levels - which can be found "naturally in fruits and vegetables and the synthetic version, folic acid, is in vitamin supplements and used to fortify cereals and breads in the U.S.," according to CBS - were also more likely to give birth to a child who may develop autism spectrum disorder issues.

The study also found that high levels of the B12 vitamin could also be harmful, and may even triple the risk that parents will give birth to a child on the autism spectrum.

When both folate and B12 levels are higher, a parent's chances of giving birth to a child with autism grows by 17.6 percent, according to CBS.

"We have long known that a folate deficiency in pregnant mothers is detrimental to her child's development," one of the study's authors, M. Daniele Fallin, Ph.D., director of the Bloomberg School's Wendy Klag Center for Autism and Developmental Disabilities, said in a press release. "But what this tells us is that excessive amounts may also cause harm. We must aim for optimal levels of this important nutrient."

But the study's researchers said that they were unsure how these women obtained higher folate and B12 levels. It may be because women who took these vitamins metabolized them at slower rates, or simply took too many. They said more research needs to be done to figure out the true effect they have on pregnant women.

Specifically, the folic acid vitamins can help any neural tube defects, which are abnormalities and damages to the brain and spinal cord. Vitamins like calcium can keep a pregnant woman's bones strong and help babies grow strong bones, too. Iron, meanwhile, helps blood carry oxygen for both the pregnant women and babies, according to WebMD.

It can be difficult for some women to choose the right vitamins, though, especially when women get nauseous because of the vitamin's size, taste or effects on the body, WebMD explained.

So how do you choose the right vitamins? The Mayo Clinic suggests pregnant mothers take vitamins that have omega-3 fatty acids, since those can help with a baby's brain development. These acids are commonly found in fish, too.

The Mayo Clinic also suggests pregnant women take calcium and vitamin D, especially in the third trimester, since they can help a baby's bone development.

Before going to buy these vitamins, pregnant women may want to consult their physician, who may prescribe larger doses based on health. It's also possible doctors will prescribe specific vitamins based on which pregnancy this is for a parent.

Pregnant women should also understand that they shouldn't have too many vitamins, according to What to Expect, a Web platform that offers resources to expecting parents. Too many vitamins, especially without consent from a doctor, can create dangers, as the aforementioned study mentioned.

"Remember, prenatal vitamins are a complement to a healthy diet - not a substitute for good nutrition," according to the Mayo Clinic. "Prenatal vitamins won't necessarily meet 100 percent of your vitamin and mineral needs."

Why pregnant women may want to start counting their babies' kicks
To D, or not to D: The drama behind vitamin D supplements
3 tips to help your child have summer energy 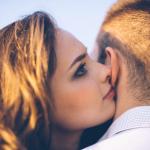 If Your Husband Does These 15 Things, He's…