Today We Look at Our Children in an Ever Turbulent World and Ask the Question: How Can I Instill Character That Will Allow My Children to Stand the Torrents of Social Change? Here Are Some Ways to Help Our Children Develop Strong Character.

Socrates, the ancient Greek philosopher, was asked by a visitor to Athens named Meno: Can virtue be taught?Today, we look at our children in an ever turbulent world and ask a similar question, how can I instill character that will allow my children to stand the torrents of social change? There is no easy answer as Socrates found, but perhaps this little bit of advice might help.

1. Character is not necessarily genetic

We cannot assume that just because we have a certain degree of character our children will naturally have that same character. As Socrates argued, virtue and character do not work that way. He pointed out several Greek statesmen known for their virtue and character. Pericles was the most noted statesman of the golden era of Greek culture. Aristides was named "the just" by the people. Themistocles and Thucydides were also noted. All were great leaders, just, fair and founded in integrity. All tried to teach their sons the same values, but none succeeded in instilling their character in their children.

If these great men could not teach their children character, how can we, ordinary parents, accomplish this difficult task? Perhaps, the simple wisdom of a child can help us.

Parents can only give good advice or put them on the right paths, but the final forming of a person's character lies in their own hands. - Anne Frank

There is no greater example than Anne Frank a young Jewish girl forced to grow up in the midst of the worse holocaust in recent human history. She would have her own character put to the ultimate test as she, herself faced her end in a Nazi concentration camp.

. The role of parents is to provide a nest of safety where children can grow up without facing the full brunt of life before they are prepared. As our children grow and face the difficulties of life, it is important for us to keep open, non-critical communication with them. When they stumble, falter or even fall, we must be there not to take away life's obstacles completely, but to offer our experienced advice on how they can face these obstacles and succeed. This puts a great burden on us as parents. Before we can extend such advice, we must be sure that we have tested it in our own lives.

3. Put them on the right path

. Take time for little learning moments. Teach your children those constants and moral truths that have helped you steer clear of life's pitfalls. Whether it is a lesson you learned when you were their age, or through a religious belief, let your children know what makes up your character. The best way to put your children on the right path is to take them by the hand and lead them along as you walk down that path.

4. Put it in their hands

This does not mean that we leave children to discover it on their own, but we must recognize as Socrates and Anne Frank discovered that we cannot form it for them. Goethe said of character, "[it] develops itself in the stream of life." In the end, it is through the difficulties and pains of life, the ones we often strive from which to protect our children that a person's character is forged. We must not deprive our children of their sojourn into that stream of life. However, as parents we are there as a support when they face their trials.

In the end, Socrates came to the conclusion that virtue or character cannot be taught. Instead, he claimed that such virtue was a gift from the gods. Perhaps, he is right. Our greatest means of instilling character in our children is to pray for them, be there for them and allow them the freedom to dangle their toes in the stream of life.

Sean Fletcher is an educator and writer. He is also a devoted husband and father of five.
nextarticle 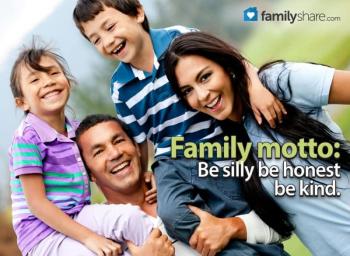