Is It as Simple as a Bump on the Head? the Truth About Head Injuries in Children

As a Parent, How Do I Recognize a Head Injury in My Child? a Look at Diagnosing, Treating, and Preventing Head Injuries in Children.

Head injuries in children have become a topic that more people are aware of and concerned about. As a parent of a child with head injuries, I found it best to gather a variety of information to help me understand the injury.

My son received a concussion after hitting his head on the ground while playing with friends. At the time I suspected a concussion but didn't take him in to a doctor because he seemed to be OK. The following week he hit his head again but this time he began to be dizzy, nauseated and fade in and out of consciousness. I had questions about how head injuries are sustained, what type of damage they do, how they are treated and the future of my child after a head injury.

How head injuries are sustained

There are two classes of head injury. The first is an external injury and it usually involves the scalp. Most often falls or blows injure the scalp and are known to bleed profusely. Many of us have seen a child get a cut on the forehead and all the blood makes them look like something from a horror movie. Aside from injuries requiring stitches and injuries to an infant's head, most external injuries are treatable at home. Treatment can include a cold pack to the head for short periods of time (20 minutes or less) every three to four hours.

If it is time for your child to go to sleep, and it is shortly after an injury, make sure to check her once or twice. When checking on her, look for unusual coloring or breathing and fitful sleep. Internal head injuries can knock the brain into the side of the skull, can cause brain damage or can damage vessels in the head.

The most severe of head injuries can cause a person to go unconscious for more than a few minutes.

Some other symptoms of severe injuries are abnormal breathing, bleeding from the mouth, nose or ears, changes in speech or vision, seizures, neck pain, pupils that are unequal in size and extreme weakness or paralysis.

What is a concussion?

A concussion is caused by a blow to the head or by anything that makes the head move back and forth rapidly. Less than 10 percent of children with concussions actually lose consciousness.

Symptoms of a concussion include: "seeing stars" or dazed, light headed or dizzy, unable to remember events just before or just after the accident, slurred speech or saying things that really don't make sense, blurry vision, vomiting, sensitivity to light, confusion, difficulty thinking or making decisions, lack of coordination and balance, being anxious and irritable (Kidshealth, 2013).

Her symptoms may appear immediately after the injury, hours later or even days later.

How to treat concussions

Children should be seen by a doctor who can prescribe a treatment plan. The concussion requires a period of absolute rest from physical activity and rest from mental activity as well. Never let a child return to sports until she has been cleared by a doctor.

If your child is unfortunate enough to sustain a head injury, then you must be diligent in helping them to recover completely. 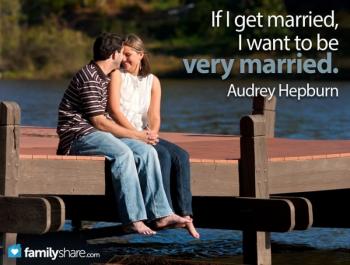 Make Time to Make Love: How to Make…