Is it weird to name a child before it’s born?

Waiting until baby's birthday to choose a name? There are some great reasons to consider settling on a name long before the big day.

Most parents wait to definitively settle on a name until the birth of their baby. It makes sense. Many parents believe that, after seeing their new little bundle of joy, they'll know the right name to choose. After all, the name should fit the child. So, why would some parents choose to pick a name well before the due date? There are some sensible reasons to pick a name early.

When we were expecting our first child, we immediately came up with a boy's name and a girl's name that we loved. During our 20 week ultrasound, we knew immediately what we wanted to name our baby boy, even though his arrival was still months away. It has since become a family tradition to pick the name as soon as we know the gender, a practice that raises a lot of questions from friends and family. Here are some of the most common questions about early naming, and the answers might help you decide if early naming is a good idea for you.

Question: What is the greatest benefit of early naming?

Picking a name early in the game may help you bond with your baby. This is especially true for dads-to-be. While mom gets to feel every little kick and wiggle, dads may have a harder time connecting with baby before birth. Choosing a name gives you a clear image of the person your baby is becoming.

Question: What if you change your mind on the name?

Change it! This is one of the great advantages of early naming. When you pick a name long before baby is born, you can try out the name for months. If you use the name for a while and find you don't like it, you still have plenty of leeway to change your mind. If you wait until after birth to pick a name, then later decide you don't like it, you're either stuck with the name or face a legal process to change it.

Question: What are the downsides of early naming?

After a baby is born and the ink is dry on the birth certificate, people are usually hesitant to share their dislike of your choice. When you pick a name during pregnancy, people assume the name is still up for debate, and they may try to change your mind. You can avoid this by either not making the name public until after birth or by using decisive language when you share the name. Saying, "The baby's name is," works better than, "We're thinking about naming him ... "

Question: What if your baby doesn't seem to fit the name you've chosen?

It's every parent's worst naming fear: you pick a name and it doesn't fit the child. Fortunately, this fear is usually unfounded. Names seem to mold to the kid, not the other way around. With our children, we found that the personality and identity they had at birth went right along with the name we'd been calling them for months. Remember, you can always change your mind immediately following birth and pick something new.

Early naming is a fun way for you and your spouse to bond with your baby well before he makes his début. While the practice won't appeal to everyone, naming a baby before birth definitely isn't weird, and it offers some advantages. If you want to name your baby during pregnancy, ignore the nay-sayers and go for it! 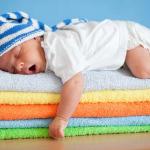 9 Tips You've Never Heard of For Getting…