Is this book about the Muppets too much for kids? One school board member thinks so

A school board member in Marshfield, Wisconsin, is seeking to ban a 1993 Muppets book from the district's curriculum.

The 1993 Muppets book "For Every Child, a Better World" is meant to educate kids about the struggles the less fortunate face, but a school board member in Marshfield, Wisconsin, thinks it's too graphic for young children.

So Mary Carney hoped to ban Kermit and company from the district's kindergarten curriculum.

"Unfortunately, in this world there is a lot of war and strife and poverty," Time quoted Carney as saying. "I understand that. I just don't know how appropriate that is to be teaching that to 5-year-olds."

Carney opines that the book's depictions of children suffering because of poverty and violence have "traumatized" some people who have read it, Jonathan Anderson wrote for the Wausau Daily Herald. She cited one illustration in "For Every Child, a Better World" that shows a child living in a box in the rain.

Marshfield teachers are scheduled to use the book early next year in a segment of their classes teaching young students rules about being good citizens, the Daily Herald reported. The book "teaches young readers about the plight of young children who lack the basic human necessities and the efforts of the United Nations to provide such essentials as housing, water, food and medical aid," the news organization said.

Carney also said incorporating the book into curriculum takes away teachers' "autonomy" in the classroom, the Daily Herald reported.

But the eight-member panel voted unanimously on Wednesday to keep the book in class, with educators saying they didn't share Carney's concerns, Beth Greenfield wrote for Yahoo Parenting.

"Looking at it, I do not have concerns," The Telegraph quoted school board vice president Amber Leifheit as saying. "I believe it shows compassion for people other than yourself. I think that's a good thing."

Yahoo Parenting wrote that teacher Donna Smith's support for the book is simple: Child poverty is real, and in the classroom, keeping kids informed on such issues is crucial.

Michael Schaub detailed for the Los Angeles Times some of those realities: 14 percent of American households were "food insecure" in 2014, the LA Times report read.

Those numbers increased to 35 percent in homes headed by single women, the Times reported. 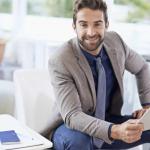 Think Handsome Men Thrive in Most Aspects of…