Is this really what it means to be a good husband?

What Roles Do Our Husbands Really Play in Parenting?

This week, an amazing video is going viral showing two children in a bathtub with a mountain of bubbles over their head. Clearly something didn't go quite according to plan during bathtime. It's a delightful video posted by the "Good Husband Movement" page, and for a moment each one of us probably wonders what it would be like to splash around in a pile of bubbles that towers toward the ceiling.

The caption on the video, however, is a little less delightful. "Sometimes being a good husband means simply being a good dad. Give your wife a break and take over bath-time now and then."

Is being a good husband really taking over bathtime "now and then?"

In 2016, a phrase started to go viral: "My husband is not a babysitter." And while we can give this caption the benefit of the doubt and assume they didn't take a lot of thought in writing it out, the phrase "now and then" is problematic for both moms and dads alike.

In her article, "My husband is not a babysitter, he's a parent," Rachel Leventhal-Weiner addresses some of the problems with labeling the time children spend with their dads as a time off for the mom, or as babysitting for the dad.

"Women may still be doing more of the housework or childcare, but men aren't doing nothing. The more we emasculate them, the more we alienate their efforts, referring to their independent time with the kids as 'daddy day car' or diminishing their role, the less we'll be able to trust fathers. My husband is a capable, smart father. When he is parenting, he is silly and fun, sometimes stern, he teaches the girls lots of things, he takes risks and he makes mistakes. And guess what? So do I. I am far from perfect, and when I am parenting, I am also silly and fun, sometimes stern, teaching the girls lots of things, taking risks and making mistakes."

Yes, it is unfair to assume that bathtime is the mom's job, and "every now and then" the dad could help out and give her a break. But it's also unfair for the dad to pose it in this way. He is just as much a parent as his wife, but it's hard to believe that - to trust his ability in parenting equally - when we continue to put out the stereotypes that place him in that babysitter role.

However, the core message of this video, does make a good point.

Let's just be careful on how we view - and phrase - those roles. 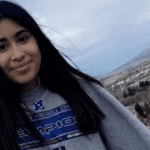 They Thought She Had Food Poisoning; Days Later…